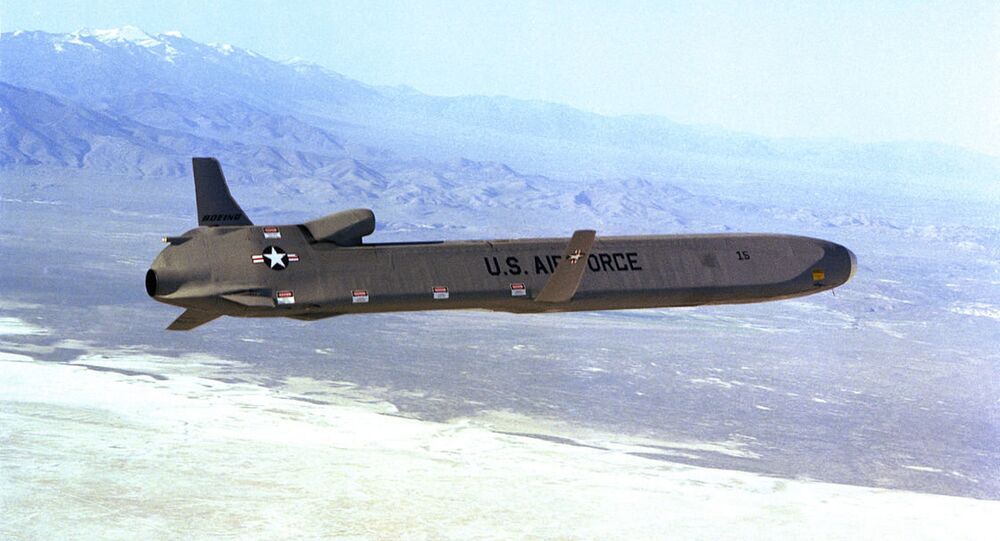 The US Air Force has released a request for proposals for its new Long Range Standoff (LRSO) nuclear cruise missile program. It wants the new weapon to be able to outwit Russia's state-of-the-art S-300 and S-400 air defense systems with the announced purpose to "keep the peace" in the world.

In fact, what the US Air Force seems to be concerned about is that its existing aging AGM-86B Air Launched Cruise Missile (ALCM) are unable to outwit Russia's advanced air defense systems S-300 and S-400.

"In effect, the rapid evolution of better networked, longer-range, digital air-defenses using much faster computer processing power will continue to make even stealth attack platforms more vulnerable; current and emerging air defenses, such as Russian-built S-300s and S-400s are able to be cued by lower-frequency “surveillance radar” – which can simply detect that an enemy aircraft is in the vicinity – and higher-frequency “engagement radar” capability. This technology enables air defenses to detect targets at much farther ranges on a much larger number of frequencies including UHF, L-band and X-band," the website says.

"Russian officials and press reports have repeatedly claimed its air-defenses can detect and target many stealth aircraft, however some US observers believe Russia often exaggerates its military capabilities. Nonetheless, many US developers of weapons and stealth platforms take Russian-built air defenses very seriously. Many maintain the existence of these systems has greatly impacted US weapons development strategy," it goes on to say.

Hence the US Armed Forces hope that its new Long-Range Standoff Missile with nuclear capability "may be one of a very few assets, weapons or platforms able to penetrate emerging high-tech air defenses."

"Such an ability is, as a result, deemed crucial to nuclear deterrence and the commensurate need to prevent major-power warfare."

"If, for example, the Russian military believed having an advanced nuclear cruise missile would give them a distinct advantage – they would be likely to pursue it. As a result, US deterrence strategy needs to ensure its offensive nuclear fire power can match or exceed that of any potential rival. This conceptual framework provides the foundation for why many US military leaders believe it is vital for the Air Force to have an operational LRSO," providing the explanation for how the new weapon is designed to "keep the peace."

According to the USAir Force, LRSO is set to replace the aging AGM-86B Air Launched Cruise Missile (ALCM), which is currently able to fire from a B-52 and which has far exceeded its intended life span, having emerged in the early 1980s with a 10-year design life.

Unlike the ALCM, LRSO will be configured to fire from B-2 and B-21 bombers as well, service officials said; both the ALCM and LRSO are designed to fire both conventional and nuclear weapons.

Up to two contract awards are expected in the 4th quarter of 2017. The Air Force plans to start fielding LRSO by 2030.

According to a report in Inside Defense website, the Air Force intends to buy 1,000 new cruise missiles and expects the LRSO program to cost about $17 billion for the missile and its nuclear-capable warhead.

However according to the report of The Union of Concerned Scientists, US-based nonprofit science advocacy organization, the total cost for the new weapon system will be roughly $22-25 billion, "although – given the history of frequent cost overruns in defense programs – the final price tag will likely be considerably higher."

The report goes on to say that the new cruise missile will carry a refurbished version of the W80 warhead used on the current ALCM. The warhead, to be called the W80-4, is entering a life extension program now and will begin production in 2025.

However not everyone welcomes these plans.

A group of US Senators are reportedly "making the case against development of LRSO, claiming it would both be redundant, too costly and too destabilizing," Scout Warrior says.

© Sputnik / Kirill Kallinikov
S-300 Missile Systems in Syria a 'Cold Shower on Hot Heads of Pentagon Generals'
The concern, it says, grounded in nuclear non-proliferation sensibilities, maintains it could further inspire a nuclear arms-race and introduce new, more threatening elements into the air-triad of the nuclear arsenal.

This view is echoed by The Union of Concerned Scientists who warn that the enhanced capabilities of the newly-developed weapon "undermine US security overall. Moreover, given the suite of other nuclear weapon systems the United States already deploys or is planning to build, a nuclear-armed cruise missile is redundant. The United States should cancel the LRSO and retire the existing ALCM in the near term."

It further suggests that the new cruise missile "is not consistent with President Obama’s 2010 declaration that the United States "will not pursue new military missions or new capabilities for nuclear weapons." Pursuing this weapon also appears contrary to Obama’s goal of reducing "the role of nuclear weapons in our national security strategy," as he declared in his 2009 Prague speech."

With 4,000 US Cruise Missiles Pointed at Russia, How Will Moscow Respond?