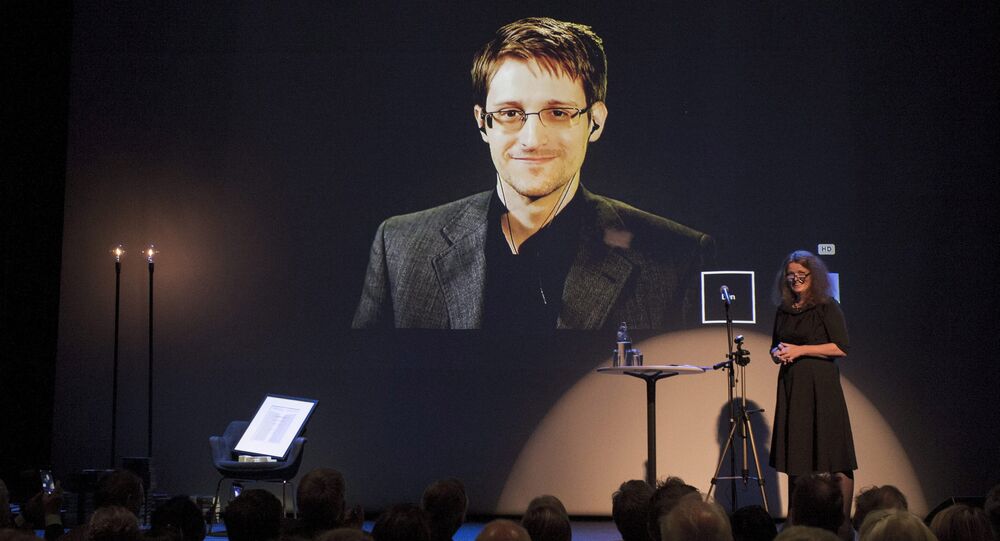 National Security Agency (NSA) whistleblower Edward Snowden said that the outcome of the 2016 US presidential election should be about social issues rather than individual cases like his own.

WASHINGTON (Sputnik) — On Thursday, Snowden said that he doesn't see the outcome of the 2016 US presidential election as positive or negative for his case resolution, adding that the nation has to focus on broad social issues.

"While I, obviously, care about what happens to me, I am the least important part of any of this. This is not about me, this is about us," Snowden said on Thursday. "We must focus on broad social cases, not individual cases."

© Photo : Screenshot: Council of Europe
US Voters Should Be Much More Than 'Check in Box' - Edward Snowden
Snowden noted the outgoing President Barack Obama campaigned on a platform of ending mass surveillance in the country. However, Snowden note that Obama during his term in office did not fulfill his campaign promises.

He added that Government surveillance in general is acceptable, but when it’s not targeted and backed by a court order, snooping becomes a problem.

“What I protest most strongly is mass surveillance, indiscriminate surveillance where they are watching everyone,” Snowden stated Thursday. “Targeted surveillance that’s backed by a court…is the least intrusive means of achieving these investigative goals without destroying the rights of everyone else in a free society.”

In summer 2013, Snowden leaked more than 1.5 million secret documents that revealed mass-surveillance practices carried out by the NSA in the United States and abroad. The revelations sparked domestic and international controversy.

Snowden is considered a fugitive from the United States and faces charges of espionage and theft of government property. He currently lives in Russia on a three-year residency permit.