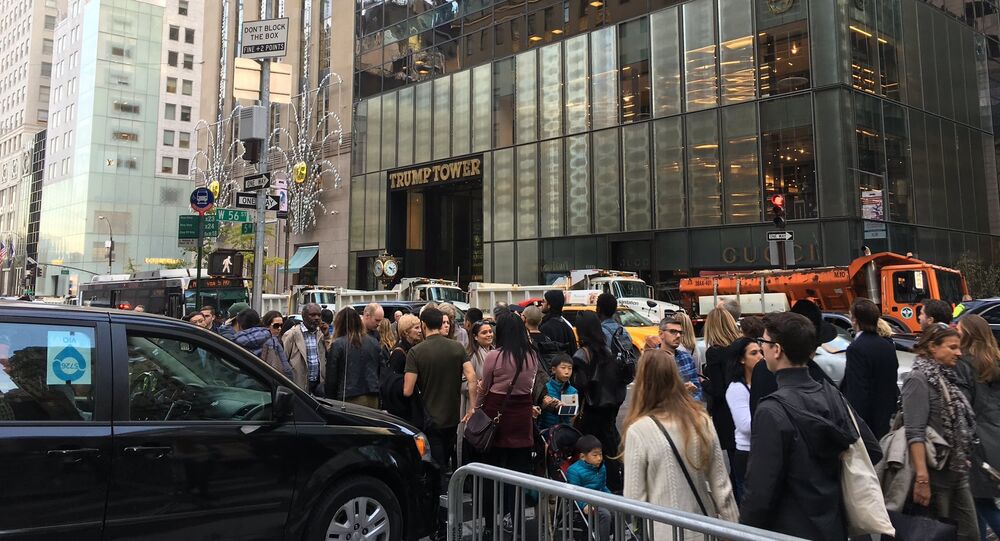 Police work "around the clock" to ensure security at Trump Tower in New York.

"The location itself is challenging enough," Pellino said. "We are in the heart of Manhattan. Police works around the clock to ensure highest level of public safety and orderly conduct."

© REUTERS / Eduardo Munoz
Dozens Arrested in Massive Anti-Trump Protests in New York City
On Wednesday, the day after the election, new security measures have been put in place around Trump’s residency on Fifth Avenue. Fifty-Sixth Street has been shut down, and New York law enforcement coordinated crowd movements in the vicinity of the building.

On Wednesday afternoon, the US Federal Aviation Administration declared a temporary no-fly zone over the Trump Tower in New York City, which will stay in effect until January 21, 2017.

As of Thursday morning, sand trucks still surround the building's perimeter and hundreds of police officers patrol the area. NYPD is reportedly joining forces with security service to ensure safety in the logistically challenging location.