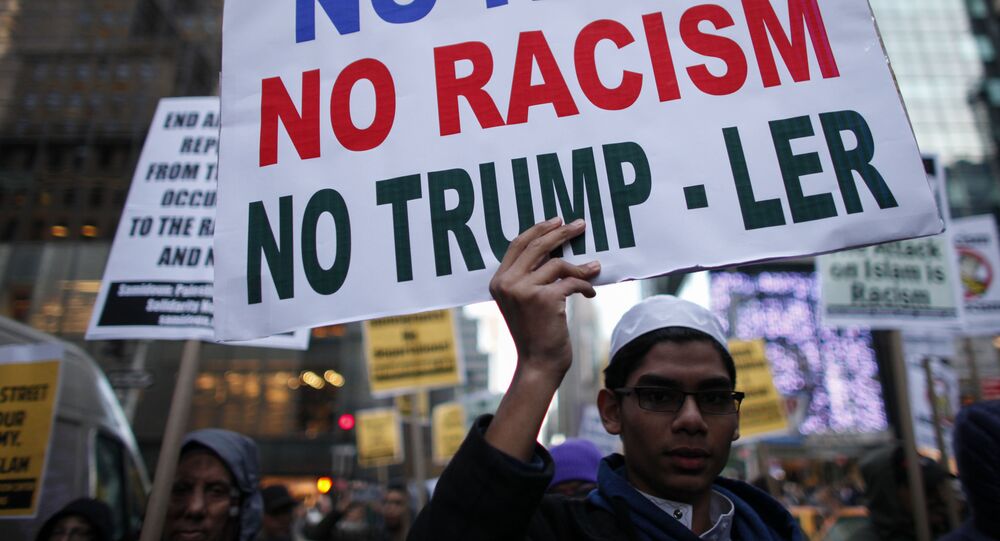 US Muslims are preparing to take a bold stand for "justice and freedom of all Americans," after US Republican candidate Donald Trump has won the 2016 presidential election, Council of American-Islamic Relations director Nihad Awad said in a press release.

© REUTERS / Rick Wilking
Bernie Sanders Ready to Work With Trump, but Warns Against Racism, Sexism
WASHINGTON (Sputnik) — The Muslim community in the United States will not give in to fear as a result of Donald Trump winning the presidency, according to the release.

"We are not going anywhere and we will not be intimidated or marginalized," Awad said in Wednesday’s release. "The American Muslim community will continue to mobilize to challenge bigotry, to uphold justice and protect freedoms and rights of all Americans."

Trump won Tuesday’s presidential election with 289 electoral votes, against Democrat Hillary Clinton's 228, with some state results still to be finalized but the outcome certain.

Throughout his campaign, Trump was widely criticized for inflammatory remarks, including insults against immigrants, Latinos, Muslims and women.