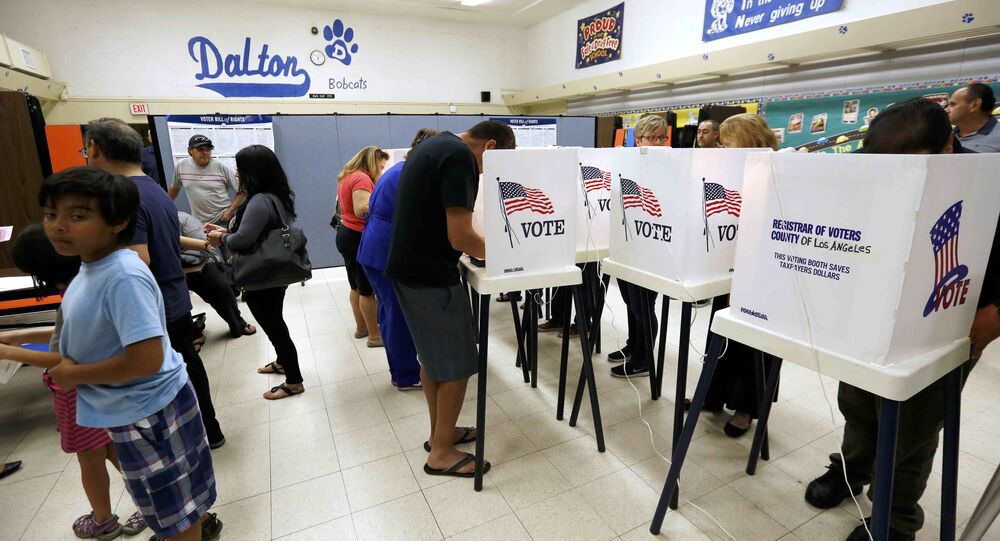 Partisan disagreements in the United States about voter registration and fraud sowed confusion among voters and officials during Tuesday’s presidential election, the Organization for Security and Cooperation in Europe (OSCE) said in a report.

WASHINGTON (Sputnik) — Prior to the election, the US Department of Justice as well as private groups and individuals filed lawsuits over state and local voter-registration rules many saw as discriminatory.

"This generated confusion among voters and election officials, particularly in states where repeated court orders were issued due to states’ non-compliance," the OSCE report issued Wednesday stated.

© REUTERS / Jonathan Drake
Despite Concerns, OSCE Sees No Serious Voter Intimidation in US Election
The OSCE explained that the Republican Party tends to view strict voter identification requirements as necessary to prevent election fraud, while the Democratic Party believes the risk of fraud is minimal and outweighed by the risk of violating voters’ rights.

During his campaign against Democrat Hillary Clinton, Republican nominee Donald Trump, who is now the president-elect, claimed that voter fraud was a serious risk to the integrity of the election.

New voter restrictions were in place in 14 US states for Election Day 2016, including stricter photo-ID rules and limits on registrations.

Tags:
Voter Fraud, 2016 US Presidential election, US Department of Justice, US
Community standardsDiscussion