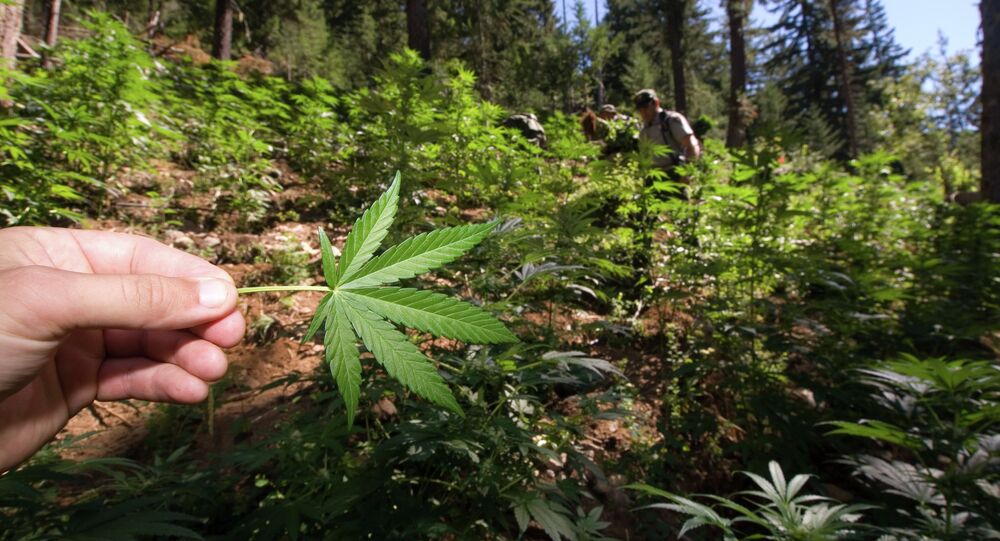 The electoral map was not only painted red last night -- it was also painted green, as four states voted in favor of legalizing recreational marijuana.

© AP Photo / Elaine Thompson
Recreational Marijuana Use on the Ballot for a Quarter of All Americans
California, Maine, Massachusetts, and Nevada all voted on Tuesday to legalize the recreational use of marijuana for adults. Arizona was the only state with recreational cannabis use on the ballot that did not pass the initiative, with 52 percent of Grand Canyon state residents voting against it.

California is one of the country’s most densely-populated states, with some 39 million residents. Recreational use passing in that state alone means that one fifth of Americans are now living in a state where such use is legal.

"If California votes 'yes,' it's legitimately the beginning of the end of the war on marijuana in the United States. Period. Full stop," California Lieutenant Governor Gavin Newsom said in a statement prior to election day.

Arkansas was the first state in the Bible Belt to pass medical marijuana laws, with 53 percent of their residents voting in support. Qualifying patients will now be able to purchase medical marijuana through regulated dispensaries.

In Florida, a fierce battleground state won by Donald Trump, the measure won in a 71 percent landslide, showcasing that voters on both sides of the political aisle support legalizing marijuana, at least in some capacity.

"It's changed in the minds of these voters from being like cocaine to being like beer," University of Southern California political scientist John Matsusaka told Reuters.