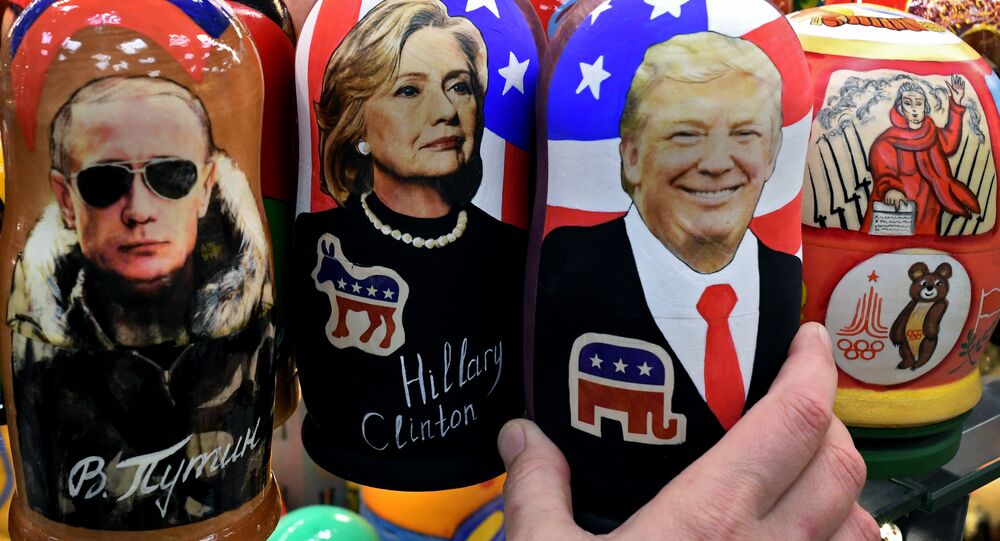 On Tuesday, voters in the US went to the polls to choose their next president, electing Republican Donald Trump. Speaking to Sputnik, Professor Tony Monteiro, peace activist and scholar at the department of African American Studies at Temple University, suggested that Trump's election may have just saved the world from World War Three.

© AFP 2021 / DELIL SOULEIMAN
Not America's Battle to Fight: Trump 'May Refuse to Wage Wars in Syria, Iraq'
Ultimately, the expert stressed that more than anything, this election was "a serious rebuke to the corporate media, who were all against Trump and for Hillary Clinton. Now in saying all of this…I don't think Trump is a pure vessel…However, what is significant, and what we have to pay close attention to, is not Trump the individual, but that movement that made it possible for him to win the election."

© AFP 2021 / Jim Watson
Shock, Caution and Criticism: Western Media Reacts to Trump’s Election Victory
Taking office, Trump faces political, class and racial divisions of an almost unprecedented scale. "The nation is divided; it has not been this divided since the civil war in the 1860s." The difference this time, according to the analyst, "is that the divisions are not so much sectional, but are more economic and social class-[based]."