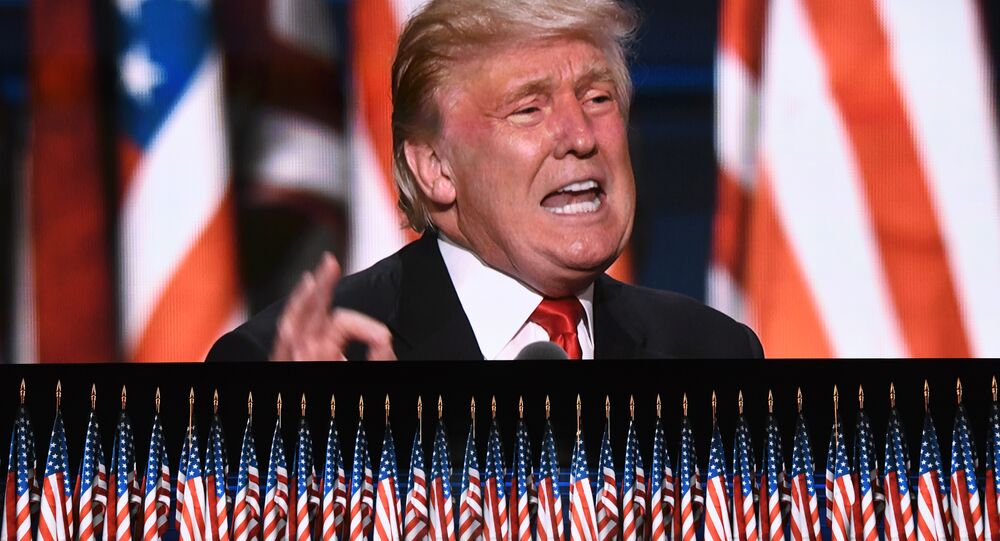 In the aftermath of Donald Trump's US election victory, the world's media has also reacted to the shock decision with a series of colorful headlines and strong editorials.

'We Have Arrived in the Age of Populism'

Elsewhere across Europe there was a mix of caution and criticism.

In Germany, where the government expressed caution about Trump's victory amid concerns about its own right-wing movement, the daily die Welt asked "How could this happen?" while the Tageszeitung's website featured a story describing the victory as "Brexit 2.0."

​Der Speigel commentator Florian Harms said Trump's victory was a sign that "we have arrived in the age of populism," while the Hamburger Morgenpost pleaded: "Please not the horror-clown."

In France, another country with a strong far-right movement in the form of Marine Le Pen's Front National, the conservative Le Figaro newspaper led with an editorial that described the US as "a country in need of reuniting," adding that "reducing divisions in America will be a tough task."

You can feel the whole world holding its breath. Good luck everybody. pic.twitter.com/ZElIQaRoVi

​France's liberal financial paper, Les Echos, was scathing of Trump in an article called: "The new face of America."

"Racist, populist, male chauvinist, arrogant and unpredictable. We do not know what is most terrifying in the personality of Donald Trump," it said.

Meanwhile in Britain, a country which itself has gone through significant political turmoil in 2016, there was a broad spread of reactions to Trump's win.

In an opinion piece for the left-wing Guardian, Jonathan Freedland wrote that "the US has elected its most dangerous leader. We all have plenty to fear," while an editorial in the paper described Trump's victory as "a dark day for the world."

The Guardian view on President-Elect Donald Trump: a dark day for the world | Editorial https://t.co/kzA4VOfazg

​"Americans have done a very dangerous thing this week. Because of what they have done we all face dark, uncertain and fearful times," the editorial read.

The socially liberal, pro-free market Independent looked at Trump's potential impact on the UK's decision to leave the EU, and whether it would benefit a Brexit Britain.

​​While pointing out that while Trump was "broadly speaking, a fan of Britain," it was not yet known whether this would lead to any significant trade deals, given the Republican's protectionist rhetoric.

How media props up Republicrats: Trump has gotten 35K times the media coverage we have; Clinton got 20K. Most of our coverage is hostile.

​The piece said Obama's action and inaction on certain issues was a contributing factor behind's Trump rise in popularity.

"His [Obama's] role as President is now little more than as a spokesman for the bleeding heart and the bleeding obvious. When he is gone no one will miss him, least of all the one-time allies who feel he has spurned them. He has made America much less relevant."

From 'Happy' to 'Heartbroken': US Expats React as Donald 'Trumps' Clinton

US Has ‘Responsibility’ to Unite Over Trump Presidency - Minority Leader Pelosi