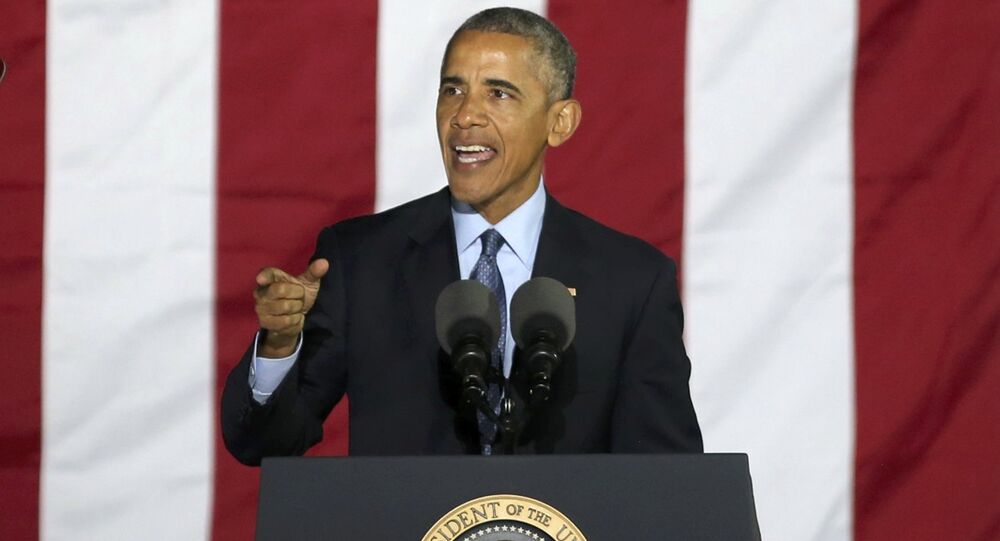 US leader Barack Obama is delivering a speech after Republican candidate Donald Trump has been elected the country's 45th president.

Trump triumphed over his Democratic challenger, Hillary Clinton, in the November 8 presidential election.

President Obama confirmed that he has already congratulated Donald Trump with his victory. Obama said that he will meet with Trump this Thursday to discuss transition of power.

He stressed that it's important to provide smooth transition of power as it is the "hallmark of the US democracy."

Talking about Hillary Clinton, Obama said that he is proud of the Democratic nominee.

"I could not be prouder of her. <…> A lot of Americans look up to her. Her candidacy and nomination was historic."

Obama then said that even though "everybody is sad when their side loses their election," it is important to remember that "we’re actually all on the same team."

Assessing his legacy, Obama said that his team is leaving the US stronger, better than it was 8 years ago.

Obama then said that he is looking forward to do everything he can to make sure the next US president is successful.