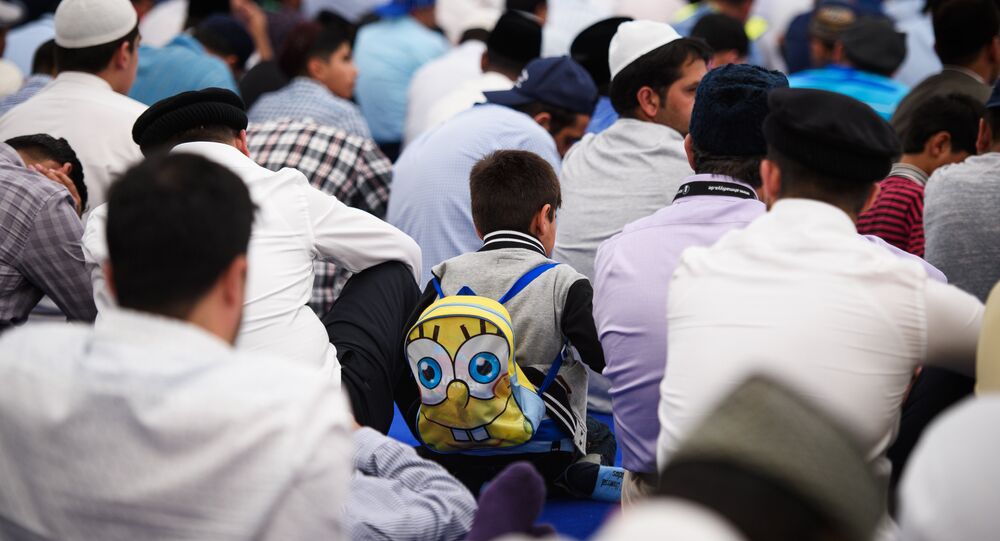 The race to the White House in Washington DC has been a long, divisive one with Democrat nominee Hillary Clinton and Republican winner Donald Trump polarizing American voters and ethnic minorities on the way to the finish line.

Muslims, Mexicans, women and minorities were singled out by Mr. Trump, while the Clinton campaign was plagued with corruption and criminal investigations.

Nervous about Trump victory but absolutely delighted that the wicked witch warmonger lost.

'For the World, I'm Happy She Lost'

"I'm glad Hillary Clinton lost — she thought she had some divine right over the presidency, backed by the financial, military and media establishment. I think if she had become US president, she would have started a major conflagration in the Middle East," Mr. Salih said.

"We know from WikiLeaks Clinton is in the pocket of the Qatari and Saudi Arabian governments who want a no-fly zone in Syria which would have led to direct confrontation with Russia and who knows where that would have led?

"On the other hand, we have Donald Trump, which is completely uncharted territory. On a foreign policy point of view, Trump is more of a non-interventionist, which is good news but domestically, it's very troubling."

© REUTERS / Jonathan Ernst
Trump or Clinton: Who'd be Best for Britain?
During his race to the White House, Donald Trump said he would ban all Muslims from entering the US and proposed to build not just a fence — but a wall on the US border with Mexico.

However Roshan Salih remains certain that Trump as President-elect of the United States "will have trouble implementing ridiculous policies like building a wall between the US and Mexico and banning Muslims from entering the country."

Yet Mr. Trump's victory speech was peppered with inclusive — not divisive rhetoric.

"…Now it's time for America to bind the wounds of division — have to get together. To all Republicans and Democrats and independents across this nation, I say it is time for us to come together as one united people.

"It is a movement comprised of Americans from all races, religions, backgrounds, and beliefs, who want and expect our government to serve the people — and serve people it will," Donald Trump said, his choice of words sounding very different to his campaign rhetoric.

"He's been racist, openly Islamophobic and negative towards disabilities, minorities and women. I think his victory shows that you can run a despicable campaign and still win, which says something troubling about the American electorate," Mr. Salih told Sputnik.

Salih also said the 80 percent of US Muslims who voted for Hillary Clinton would be feeling "very scared right now."

"Many Muslims are attacked on the streets in the US and they will be feeling very uncomfortable and worried right now.

"I've been in touch with friends in the US and 5Pillars correspondents out there, who says many Muslims are saying in the heat of the moment that they're thinking of leaving the country or getting a gun to protect themselves," he added.

But Mr. Salih suggests, like a great deal of political rhetoric, "it was all hot air."

Now Trump has passed the finish line in the race to the White House, Mr. Salih hopes, "he'll exercise some responsibility in his rhetoric from now on."

Cheers and Tears of Trump's and Clinton’s Supporters