Philadelphia Republican election observers have been denied entry to polling sites or have been kicked-out of them in Philadelphia in the US state of Pennsylvania, according to media reports. 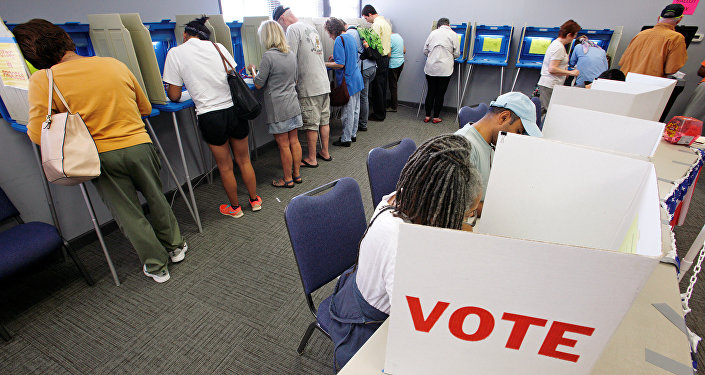 © REUTERS / Jonathan Drake
N.Carolina County Calls for Extra Voting Time in Elections Over Technical Glitch
WASHINGTON (Sputnik) — The problems with Republican inspectors have been happening throughout the city, but the greatest issues were occurring in West Philadelphia, the website 538.com reported.

In Philadelphia, inspectors are supposed to be majority Democratic and minority Republican at each station.

Given Philadelphia’s Democratic majority — a 7-to-1 registration advantage — the minority inspectors can sometimes be difficult to find.

In addition, the alternative media has reported of voting machine problems in Philadelphia, including the inability to vote for Republican presidential nominee Donald Trump.

Exit Poll: Most US Citizens Want Elections to Just 'Be Over'