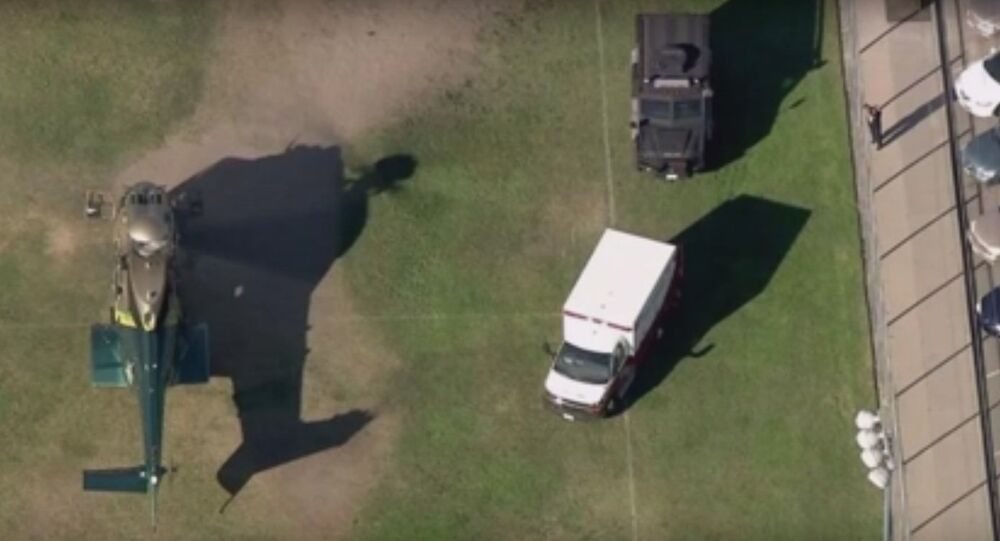 At Least one person was killed in the shooting that occurred near a polling station in Azusa, California on US Election Day, state media report.

WASHINGTON (Sputnik) – The shooting occurred outside the Memorial Park North Recreation Center in Azusa on Tuesday. Its exact location has not been revealed by police.

The Los Angeles Times said that at least one person was killed and at least three others were injured.

© AP Photo / Seth Perlman
Exit Poll: Most US Citizens Want Elections to Just 'Be Over'
There were reportedly about 30 people, including children, inside the polling location building when it was put on lockdown.

BNO news said earlier that at least 4 were injured in the shooting.

There were reportedly about 30 people, including children, inside the polling location building when it was put on lockdown. A local elementary shcool, daycare center and preschool were also put on lockdown.

According to Los Angeles County Sheriff’s Capt. Jeff Scroggin, cited by The Los Angeles Times, there is at least one heavily armed suspect.

It remains unclear whether any police officers were injured in the shooting.