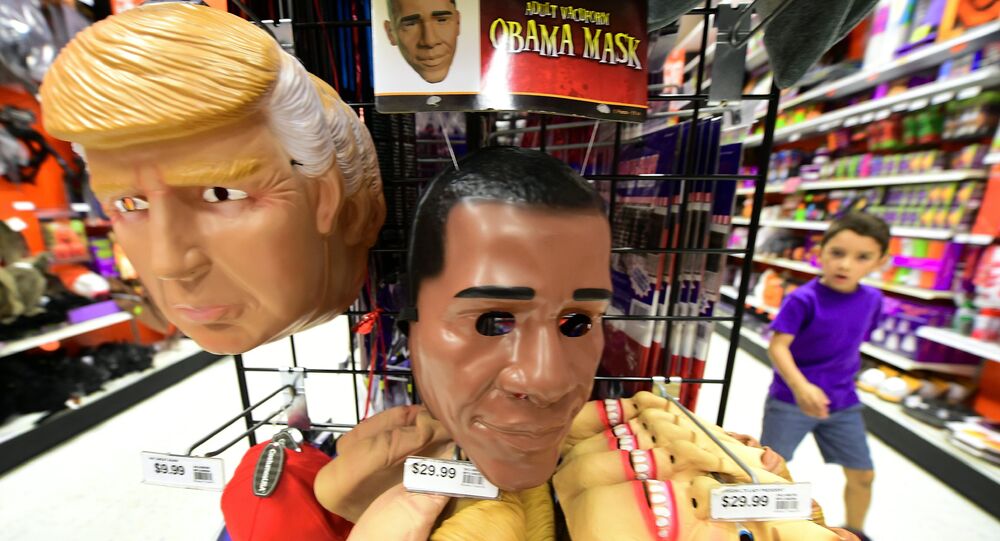 Over 70 percent of American voters believe that the US economy benefits the rich and powerful, putting poorer people at a disadvantage, a new poll revealed.

© AP Photo / Seth Perlman
Exit Poll: Most US Citizens Want Elections to Just 'Be Over'
WASHINGTON (Sputnik) – Seventy two percent of the voters said they think "the American economy is rigged to advantage the rich and powerful," while 75 percent agree that "America needs a strong leader to take the country back from the rich and powerful," according to the Reuters/Ipsos national Election Day poll.

Almost seventy percent of respondents said they did not think traditional US parties cared for the average population, while over 75 believe that US media is interested in profits, not the truth.

Fifty seven percent of the voters said they felt that "more and more, I don't identify with what America has become."

The poll was conducted online, on the US Election Day and covered all 50 American states.