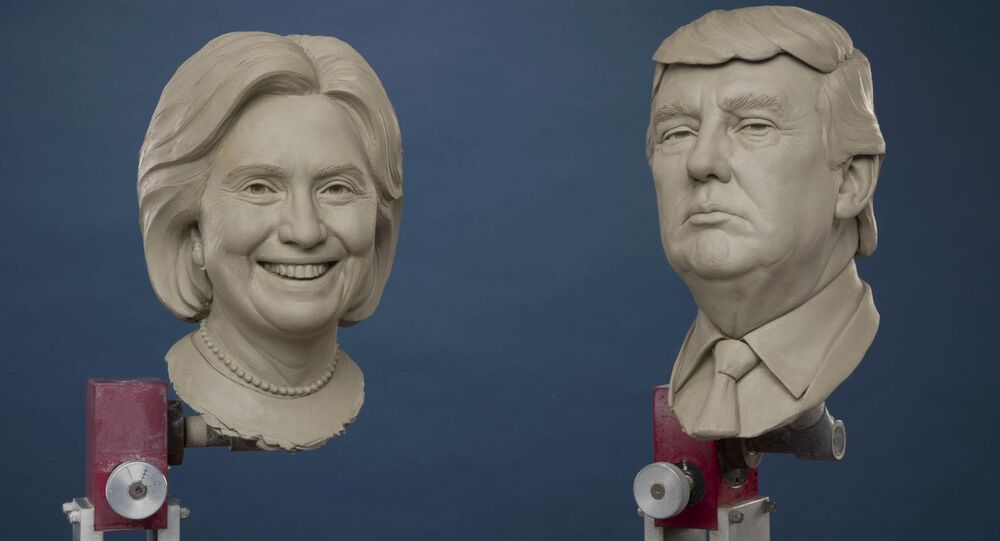 This year’s presidential election exposed an inner weakness of US political parties and their inability to control the nomination process, experts told Sputnik on Tuesday.

MOSCOW (Sputnik) — US voters are casting ballots across the country after a long and divisive campaign that veered off the traditional course after Donald Trump became a flag-bearer for reluctant Republicans and Hillary Clinton was accused of undercutting her rival, Vermont Senator Bernie Sanders, with the help of senior Democratic Party officials.

"It's really kind of revolt against the establishment in both parties," Thomas Whalen, an associate professor of social science at Boston University, said. "We started with the democratic primary with Bernie Sanders coming close to overturning Hillary Clinton's nomination. Then Donald Trump just completely overturned the Republican field," he explained.

Jeanne Zaino, a political analyst and a professor of campaign management at New York University, said the weakness of US political parties showed itself first in Congress and then in terms of their control of the nominating process.

"The political parties were so weakened that they were unable to control on the Republican side their nominating process. So they ended up with a candidate and a nominee that is widely disliked in his own party," she said, adding the Democrats barely avoided the same fate.

© REUTERS / Mark Makela
US Elections: 'If the Result is Close, We are in for a World of Trouble'
The election also broke with the tradition of mainstream media dominating the campaign, Zaino went on to say, with both key rivals going over the heads of outlets to appeal to the audiences directly. "And that has had a huge effect on this election," she noted.

US citizens are voting today to elect the 45th president of the United States.

Peruvian Shamans Predict the Winner of US Presidential Election (VIDEO)

Majority of US Voters 'Just Want Election to Be Over'

What to Expect From Ruble Exchange Rate Following US Elections