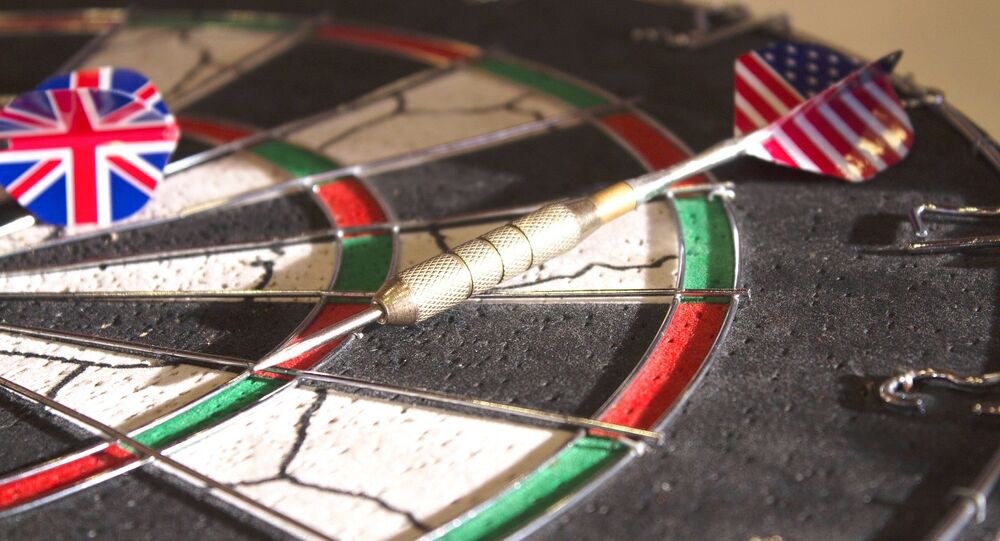 In the final campaigning hours before the last stretch in the race to the White House, both presidential nominees ramped up their rhetoric with Trump suggesting that a win for the Republicans would be like "Brexit, plus, plus, plus."

The subsequent vote in favor of Brexit left the Vote Leave campaign celebrating and the Remainers reeling. And while the pound plummeted to its lowest rate in thirty years, the incidents of hate crime rose to its highest.

According to the UK Home Office, racist or religious abuse incidents in England and Wales increased by 41 percent in July 2016, a month after the UK voted to leave the EU.

Although declining slightly in August 2016, the Home Office said the number of incidents recorded by police in England and Wales "remained at a higher level that prior to the EU referendum."

There were 62,518 offenses recorded by police, the majority, 79 percent were motivated by race hate.

'Brexit, Plus, Plus Plus'

Any suggestion by Donald Trump that a win for the Republicans would be like "Brexit, plus, plus, plus" doesn't only raise the prospect among his supporters that it will "make America great again," it also raises fears of an increase in race hate crime, specifically targeting Muslims and Mexicans in the US.

Professor of politics Sidney Milkis at the University of Virginia in the US told British regional newspaper Birmingham Mail that the election campaign had led to "countless acts of bigotry" on campus.

#UVA politics professor Sidney Milkis weighs in on the challenges that await that next U.S. president: https://t.co/yAzgpGSSPK

​"There is more tension. Not so much in the classroom but in the university at large. There have been hate slogans written on dorms. And the stuff on social media is more vicious than I have ever seen.

"I have been in the academy for 30-something years and I have never seen this sort of tension," Professor Milkis said.

Students reported incidents of bigotry on campus, including racist graffiti sprawled outside dormitories, with the word "terrorist" written on the wall of two Muslim students.

A recent report from the Center for the Study of Hate and Extremism at California State University in San Bernardino, stated that hate crimes against Muslim Americans had risen to their highest level since the terrorist attacks on September 11.

Researchers suggested that the increase was partly due to terrorist attacks in the US — but also following the proposal announced by Donald Trump to ban Muslims from the US.

Meanwhile Hillary Clinton, plagued by the Podesta files after swathes of personal emails belonging to her chief of staff John Podesta were hacked and leaked, used her last hours to tell the crowd of Clinton supporters in Philadelphia:

"I regret deeply how angry the tone of the campaign became."