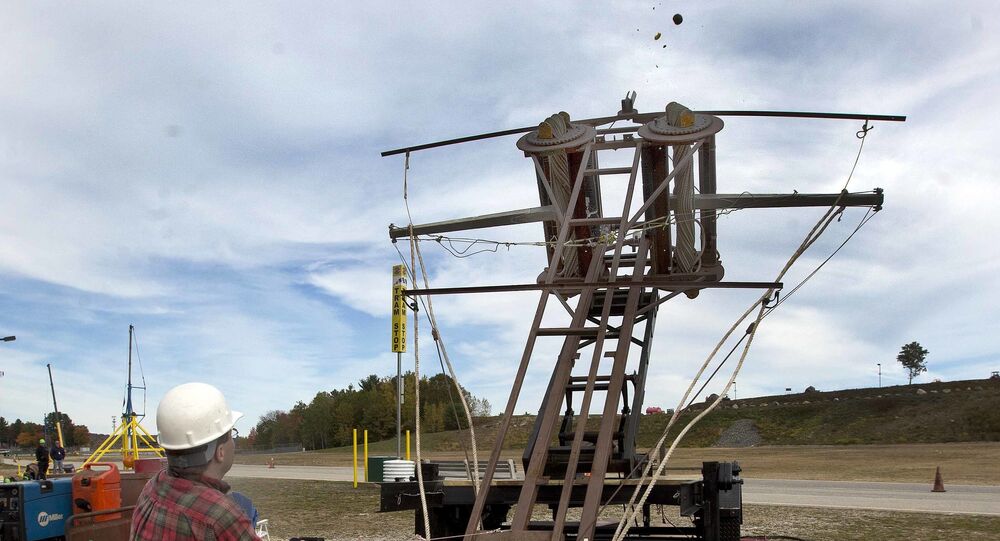 Pumpkin Cannon Explosion in US Leaves Woman in Critical Condition

An air cannon malfunction during a Punkin Chunkin contest in Delaware left two people injured; one of them, a 39-year-old woman, in a critical condition.

The incident took place in Bridgeville, Delaware at the annual Punkin Chunkin competition – a contest during which participants use improvised contraptions like air cannons, catapults and even trebuchets to launch pumpkins into the air.

According to the News Journal, an air cannon dubbed Punkin Reaper malfunctioned during the shooting as pieces of the contraption were flung in all directions, prompting the onlookers to dive for cover.

At least two people were injured by the flying debris: one of them, a 39-year-old woman, sustained serious injuries and is currently residing at the Christiana Medical Center in Stanton in a critical condition. The injuries of the other victim, a 56-year-old man, were apparently far less severe as he was treated on site and then transported to a local hospital.

The Punkin Chunkin competition was originally established in 1986, but was put on hiatus for 2 years in 2013 due to a lawsuit filed against the event’s organizers by one of the 'spotters' – volunteers who ride around the contest grounds and determine the distance travelled by pumpkins — who was injured in an ATV accident.