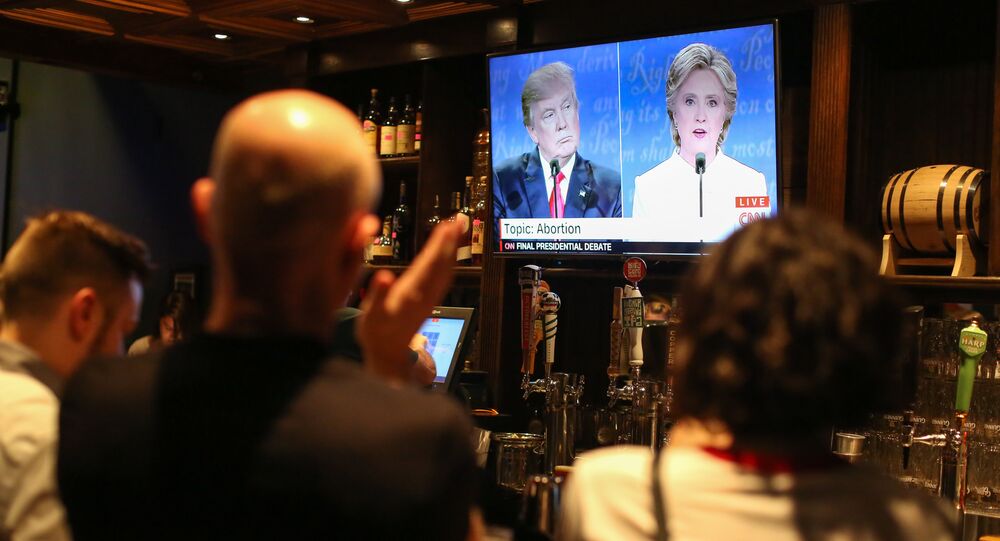 Voting in Tuesday's 2016 US elections is now underway throughout the country's central time zone.

© REUTERS / Mark Makela
A Convenient Truth: 'Secret Hand of Moscow' Behind All US Elections
An hour earlier, residents of Iowa, Alabama, Arizona, Kansas, Mississippi and Texas began voting, followed at 8:30 a.m. by Arkansas. The first polls to close will be in Indiana and Kentucky as of 6 p.m. EST, with results expected to start arriving soon thereafter.

The islands of western Alaska have the latest scheduled poll closing, at 1 a.m. EST on Wednesday.

In addition to choosing a new president, Americans on Tuesday will elect all 438 members of the House of Representatives, one-third of the Senate's 100 seats, legislators in 44 states, governors in 12 states, and a host of local officials.

Voting in 2016 US Presidential Election Gets Underway in Vermont