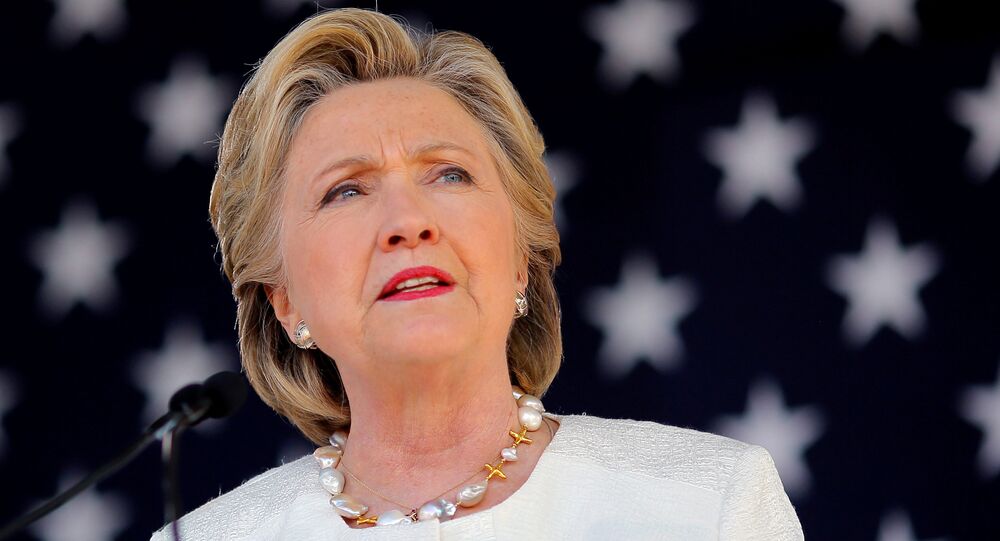 More than 31,000 Hillary Clinton-related emails found by the Federal Bureau of Investigation on ex-congressman Anthony Weiner’s computer could be released by 2022, according to media reports.

WASHINGTON (Sputnik) — The US Department of State will review official correspondence tied to Clinton’s work as US secretary of state to determine what should be made public within the next six years, the Washington Post reported Monday.

© REUTERS / Brian Snyder
WikiLeaks Releases 34rd Batch of Clinton Campaign Chair Podesta's Leaked Emails
On Sunday, FBI Director James Comey told members of Congress in a letter that he was affirming his July decision not to recommend criminal charges in connection with Clinton’s use of a private email system during her 2009-2013 as the United States’ chief diplomat.

Also in July, the State Department formally requested that Comey pass along any new information about Clinton’s work that FBI investigators may have found.

An earlier letter from Comey to Congress on October 28, just 11 days before the US election, roiled the campaign when the FBI director announced the discovery of emails on a laptop computer Weiner shared with his estranged wife, Clinton aide Huma Abedin.

Weiner, who resigned from Congress in disgrace in 2011, remains under investigation in an unrelated case in which he’s accused of sending illicit phone texts to an underage girl.

Trump: FBI Move Not to Prosecute Clinton for Emails Makes US 'Laughing Stock'