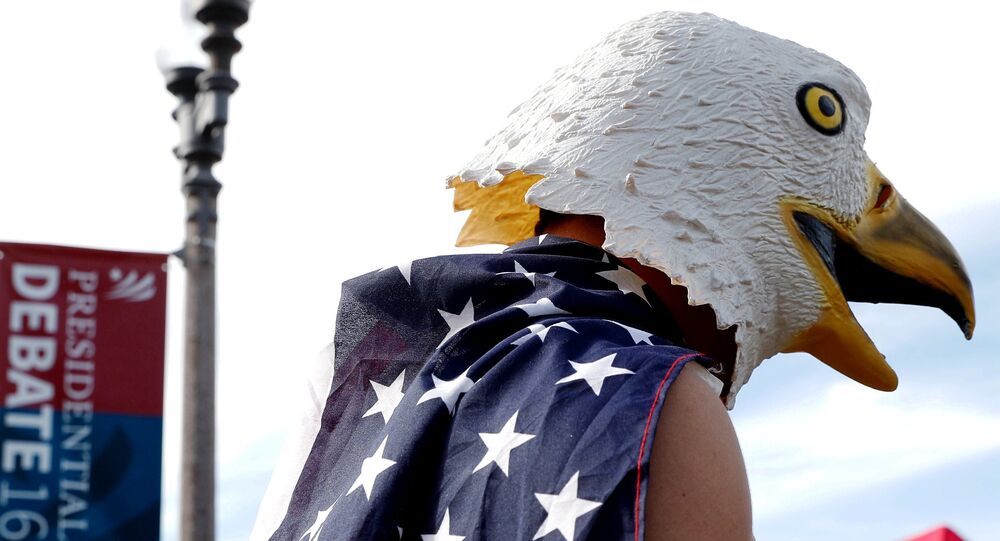 As one of the most fractious US elections in history draws to a close, WikiLeaks has published its latest batch of emails, hacked from the account of John Podesta, Hillary Clinton's campaign chairman. In them, the panicked frustration of Clinton's top aides reveals that some feared the email scandal disqualified her from running for president.

The latest leak of another 3,200 emails on Monday, November 7 — a day before the US presidential election — brings the grand total of published hacked emails to a staggering 55,694.

To the Republican camp, it's the gift that keeps giving and ties neatly into Donald Trump's anti-Clinton rhetoric of "Crooked Hillary."

Certainly, for the Democratic candidate, these latest emails do little to exonerate her in the face of accusations that she is corrupt.

© REUTERS / Jim Bourg
WikiLeaks Releases 32nd Batch of Clinton Campaign Chair Podesta's Emails
Several emails touch on what has continued to be Clinton's Achilles heel during her campaign — her decision to use a private server while she was Secretary Of State.

In 2014, an exchange between Hillary Clinton herself and John Podesta, implies that the Democratic presidential nominee understood that her private email server was not secure for the exchange of sensitive information.

It was back in August 2014, when Mrs. Clinton was a private citizen, and Podesta, an adviser to President Obama.

The two were discussing Daesh (also known as ISIL) and US strategy in the middle east. Mrs. Clinton asked Mr. Podesta if he knew who was responsible for an airstrike in Tripoli, Libya on August 18th 2014, in which an Islamist-controlled arms depot was blown up.

The email conversation was between both their personal email accounts, over Clinton's private server, a fact that made Podesta unwilling to share sensitive terrorism information.

He told Clinton on August 19th 2014: "Yes and interesting but not for this channel."

Clinton's own rely was simply: "Got it."

During the same year, Clinton, revealed that she had deleted thousands of her emails, claiming that they were personal. But as WikiLeaks has exposed, even messages from her personal email account to other personal accounts, sometimes discussed US foreign policy. The American people may never know how much sensitive information was compromised by Clinton's actions, regarding her private email server.

A year later, in a message from Mr. Podesta in July 2015, he reveals that even one of her closest advisors was so concerned at Clinton's actions, that she wanted Clinton not to run for president at all.

"Do we actually know who told Hillary she could use a private email? And has that person been drawn and quartered? Like whole thing is f*!king insane."

Tanden goes on to suggest that the decision to use a private server, against official regulations, is so dire, that it is worthy of torture.

"I repeat, why hasn't this person been drawn and quartered?

"I'm reading wolf hall. There is something to be said for the power of torture."

Whether in jest or not, the comment reveals the extent of the angry frustration that Clinton's own inner circle felt over some of her key decisions.

John Podesta replies to Tanden with the pithy observation: "At least we now know why Cheryl didn't want her to run." 'Cheryl', refers to Cheryl Mills, Clinton's long time aide, who served as Clinton's chief of staff at the State Department.

In the latest twist, WikiLeaks has revealed that they were subject of a cyberattack, just hours after releasing this latest batch of emails from the Clinton campaign.

"WikiLeaks.org was down briefly. That's rare. We're investigating. Our email publication servers are under a targeted DoS attack since releasing #DNCLeak2."

Previously, Wikileaks founder Julian Assange has claimed that "DC establishment" supporters have attempted to disrupt WikiLeaks' operations via cyber-attack in the past. Assange said his leaks have "whipped up a crazed hornets' nest atmosphere" within the Clinton campaign.

You can increase capacity: https://t.co/MsNZhrTzTL

It's not yet clear who was responsible for the cyberattack.

However, it seems that whether Mrs. Clinton wins or loses the fast approaching US election, she still has many unanswered questions over her email scandal: questions that will continue to overshadow her future contributions to US politics.