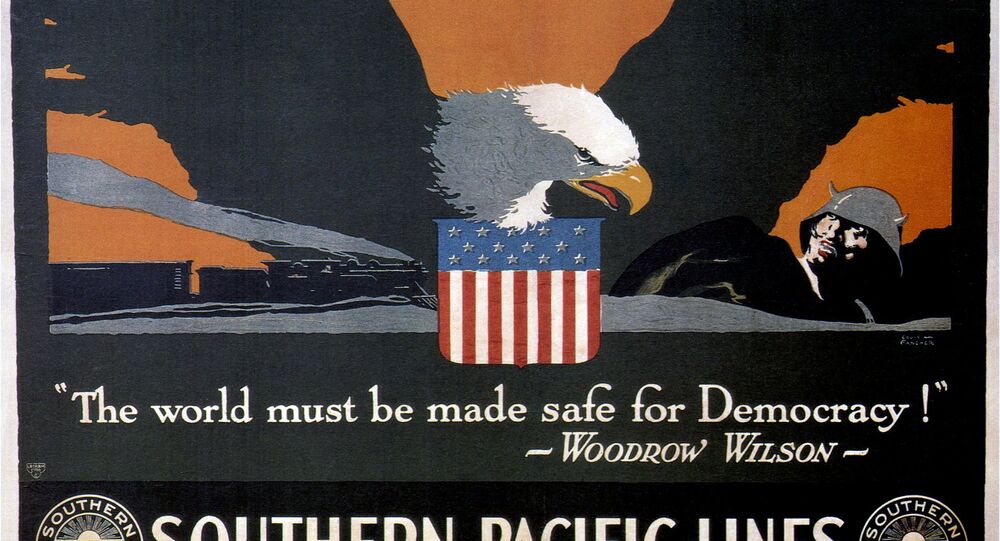 Sputnik Radio host Brian Becker of the Loud & Clear program is joined by prolific filmmaker and journalist John Pilger to discuss the “invisible government” pushing for a Hillary Clinton presidency, and the role Western media plays in the process.

"Propaganda insinuates our lives […] We appear to be drenched, saturated in media information," Pilger stated.

According to the filmmaker, our so-called information age is actually a media age.

"We have so much media," Pilger said. "We're drenched in propaganda that doesn't allow for any other view. In the United States, which has constitutionally the freest press and, probably, media, in the world, the propaganda is just pervasive."

© Flickr / fliegender
When Propaganda Backfires: 'Europeans Tend to Admire Putin, Rather Than Hate Him'
"In other words," he added, "in Western countries that pride themselves with being a democracy, we are subject to what Edward Bernays described as an ‘invisible government,' that can engineer our consent," he said.

"The Russian propaganda that's sweeping the US is just extraordinary," Pilger said. "I mean the New York Times in the last few days or weeks, perhaps longer, sounds like a cold war propaganda sheet, with journalism that's full of assumptions, assertions, and clear fabrications."

An example of this all-pervasive Western propaganda machine is contained within a recent interview with online publisher Assange, who asserted that, "The Clinton camp has been able to project a neo-McCarthyist hysteria that Russia is responsible for everything," RT reported.

"All pervasive fabrication" has become the cultural crisis of our time, Pilger suggested. Objective, fact-based journalism has ceased to exist in the mainstream Western press, and could even be referred to as ‘anti-journalism.' Government agencies claiming to represent the will of the people of the United States use the respectable media to propagate ideas to justify the existence of their jobs.

Talking about Clinton as a potential future US president, Pilger noted that "she is a war hawk. She is the embodiment of an enduring establishment, of a straight line of the US foreign policy that really began around the time of the Korean war […] She is also an expression of great danger for all of us."