There were over a dozen arrests in Bismarck, North Dakota, on Thursday, after some one hundred Dakota Access Pipeline protesters and faith leaders held a prayer vigil on the lawn of the North Dakota capitol building.

Protesters staged a peaceful sit-in and sang hymns while the North Dakota Highway Patrol ordered a shutdown of the building and arrested 14 people in the capitol’s judicial wing. Those arrested face disorderly conduct charges after refusing to leave the building. An additional protester was arrested outside the capitol building on criminal trespassing and disorderly-conduct charges.

Gonzales told NBC News, "The protectors tried to deliver a letter to the governor in support of the tribe, and they wanted to hear from him why he has ordered riot police to engage in police brutality at Standing Rock."

In August, Dalrymple declared a state of emergency, claiming it was a necessary measure to "bring greater resources to bear if needed to help local officials address any further public safety concerns." As a result, peaceful Standing Rock protesters faced attack dogs, armored vehicles, and many arrests. Green Party Presidential candidate Jill Stein and Journalist Amy Goodman both face charges for their presence at the camp. 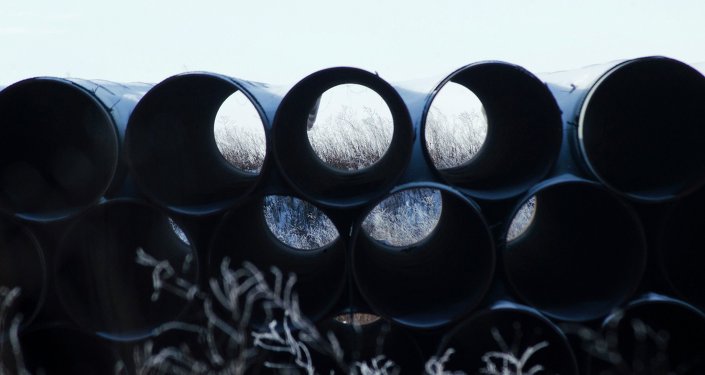 A North Dakota ACLU statement released at the time detailed:

"The origins of the state's overreaction can be traced to a lawsuit filed by the oil pipeline company—Dakota Access—against protesters in federal court to stop demonstrations near its construction sites. To sway the court's decision and likely public opinion, too, the pipeline company claimed it feared violence from protesters was imminent because of a few vague threats posted on social media and an anonymous email. Protesters have been arrested for pushing through police lines to stop construction equipment, but incidents like these in no way support declaring a state of emergency and militarizing the state's response."