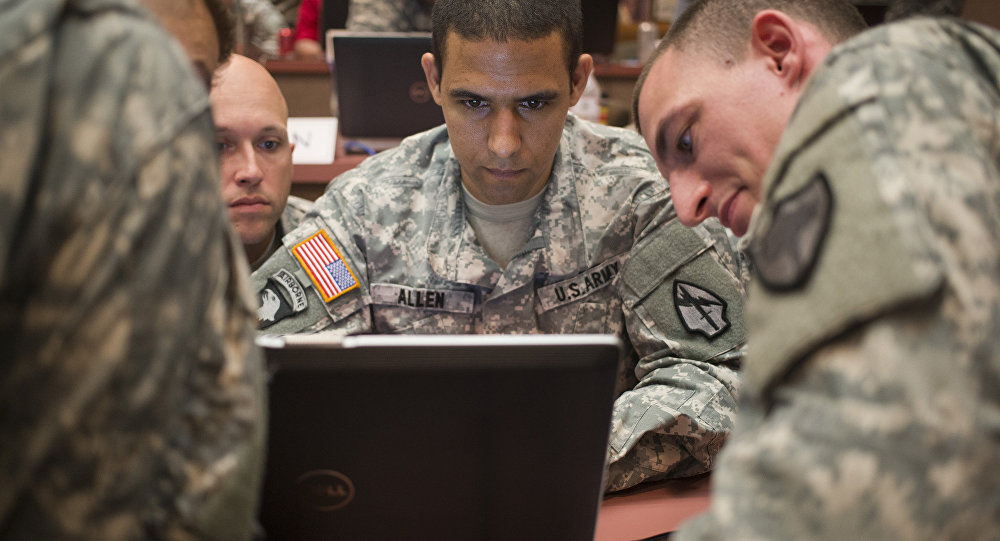 US National Guard to Ensure Cyber Security in Ohio Election

According to Ohio's elections chief, the state’s election safety is going to be provided by the National Guard.

"Let’s face it: Cyberwarfare is a new front for the military, for business and now for elections," said Ohio Secretary of State Jon Husted.

© REUTERS / Jonathan Ernst
Trump Warns of Polling Machines ‘Flipping’ Votes to Clinton in Texas
Amid Republican presidential nominee Donald Trump’s claims that the US election could be “rigged," the Guard’s cyber protection unit is checking the state’s computer. Husted said Tuesday that before the November 8 election, vulnerabilities in the state's computer system will be tested. They do so by trying to hack the network and search for any malicious activity in the state’s election system.

Registration databases of voters store their names, numbers, emails, addresses. Hackers could use this information to send voting locations or clean the database of voter logs. There have already been breaches in Arizona and Illinois. Hacks have been attempted in more than 20 states.

In Ohio, Husted said officials have a plan "that includes additional paper ballots at the polls as well as a paper backup of the voter registration lists."

He assured that Ohio’s election will be safe and even if a cyberattack occurs, it won’t affect the outcome.