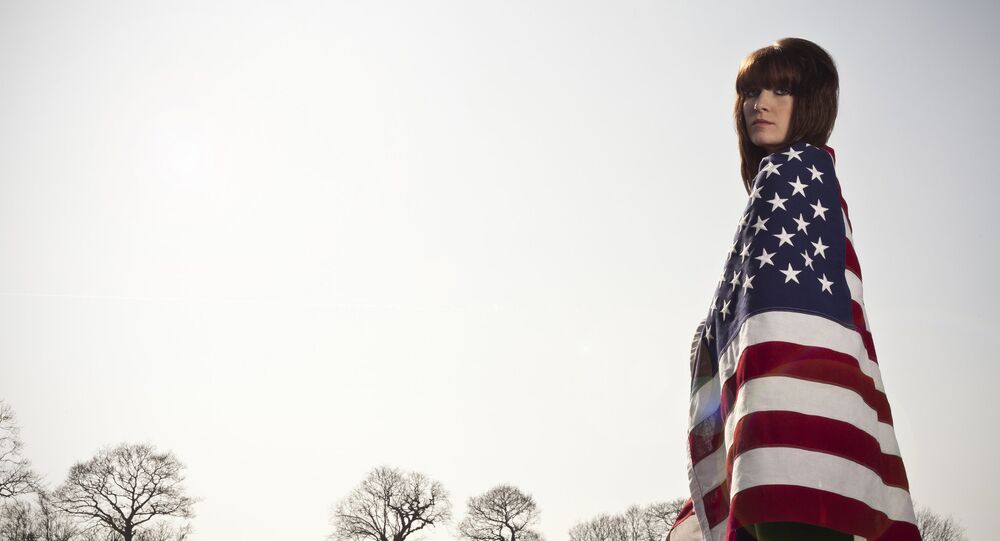 Due to the two-stage presidential election system in the United States, a tie between Republican presidential hopeful Donald Trump and Democratic candidate Hillary Clinton is a possibility. In this case the tie will be resolved by Congress.

WASHINGTON (Sputnik) — US Republican presidential nominee Donald Trump often states at his rallies that he is determined to uphold his principles regardless of the outcome of the upcoming November 8 presidential election, be it victory, defeat or tie.

This is not a figure of speech. Due to the two-stage presidential election system in the United States, a tie between Trump and Democratic candidate Hillary Clinton is a possibility. In this case the tie will be resolved by Congress.

Trump is likely to win the vote in the House of Representatives. In this case, however, new surprises, such as the election of a third party candidate, former CIA officer Evan McMullin, cannot be ruled out. Another exotic scenario is a recount in at least one of the key states, which means it could take weeks for the winner to be determined. Both scenarios are unlikely but possible. After all, there was a recount in the crucial state of Florida in the 2000 election.

© REUTERS / Brian Snyder
'Corporate Censorship': Who US Media Cheers for in Presidential Race
Presidential elections in the United States are indirect. During their first stage, so-called electors are elected in each state, who then approve the results of the popular vote. A key rule here is that all the electoral votes in each state go to the winner no matter the margin of his or her win. It is, therefore, not necessary to garner more popular votes. The key aim is to get a majority of electoral votes.

There are a total of 538 electors. To win, 270 votes are needed. Since the number of electors is even, a tie is also possible: 269 to 269. It is also possible that no one candidate will receive enough electoral votes to win.

The influential polling analysis website FiveThirtyEight estimates the probability of a deadlock in the Electoral College at 1.1 percent. This means that the probability of a tie is small but cannot be ruled out completely. For this to happen, Trump would have to carry the must-win states of Ohio, North Carolina and Florida, and pick up Wisconsin, given that Clinton is predicted to win Pennsylvania, Virginia, and Nevada. If voters in other states go for the candidate who is currently leading according to pollsters, the result would be a tie in the Electoral College.

© AFP 2021 / Karen BLEIER
Can Clinton's Lead Over Trump Be Trusted and is the 'System Rigged'?
If this scenario comes to pass, the election will probably be decided in the House of Representatives, where the Republicans control both a simple majority and a majority of state delegations.

Another scenario, which is significantly more likely, is a recount in at least one key state. The probability of this event is rated at more than 6 percent. A recount is possible if the winner has a narrow margin of less than 0.5 percent. In this case, the losing candidate may demand a recount first in local courts and then in the state supreme court. The appeals process can go all the way to the US Supreme Court.

The situation is complicated by the fact that there is no quorum in the Supreme Court due to the death of one of the justices, with the appointees of Republican and Democratic presidents evenly divided: 4-4. If party preferences hold and the votes are evenly divided, the decision of the lower court will stand. Thus, the fate of the recount will be decided at the level of individual states.

A recount occurred recently. In 2000, Al Gore was ahead of George W. Bush in the popular vote, 51 million (48.38 percent) to Bush’s 50.5 million (47.87 percent). In a direct election, Gore would have become president. The dispute occurred in Florida, which had 25 electors at the time, and the margin was too close a call.

© Photo : Youtube/SourceFed
SPUTNIK EXCLUSIVE: Research Proves Google Manipulates Millions to Favor Clinton
The Florida vote was counted and recounted for several weeks. Eventually, the case went to the Supreme Court (at the time the majority of justices were Republican appointees), which stopped the recount. Bush was declared the winner with 48.85 percent of the vote, with Gore trailing by just 0.01 percent, giving Bush 271 electoral votes to the Democrat’s 266.

The margin between the winner and loser was the narrowest in US presidential election history. Nevertheless, this is not the only case when the winner did not become president.

In 1876, Samuel Tilden won the popular vote but received 184 electoral votes, while his opponent, Rutherford B. Hayes, won 165. There were still 20 electors in "disputed" states. In the end a decision was made that is known in US history as the Compromise of 1877 whereby the Democrats agreed to Hayes's election and he agreed to withdraw all federal troops from the South, bringing an end to Republican Reconstruction in the South.

History shows that a candidate who wins a majority of electoral votes does not necessarily become president if the election is decided in the House of Representatives. The US election is a multi-party election, despite the domination of the two major parties. This means that in theory, a third-party candidate could win in the House of Representatives by winning just a few electoral votes.

In the current election, the most popular third-party candidate is Republican candidate Gary Johnson. At one point he reached 8-10 percent in polls but he has since lost significant ground. The probability of Johnson winning at least one electoral vote is estimated at only 0.4 percent. He has to carry at least one state.

© REUTERS / Wolfgang Rattay
'US Empire' Will 'Attack Countries' to Maintain Economy, Under Clinton or Trump
Evan McMullin, a former CIA officer, has far better chances. McMullin is running primarily in Republican-controlled Utah, whose residents are for the most part Mormons. McMullin is a Mormon, and many Utah voters prefer him to Donald Trump. Polls show that McMullin can compete with Trump and Clinton for Utah’s six electoral votes. The probability that McMullin wins at least one electoral vote is put at nearly 20 percent. If this happens, McMullin will deprive Trump of six critical electoral votes and increase the likelihood that none of the candidates reach the required 270 electoral votes. In this case, the decision will be made by the House of Representatives, and McMullin will "just" need to convince the Republicans that he is more fit for the presidency.

The Republican Party elite is on very bad terms with Trump, but during the primaries and the party convention it did not dare openly challenge him with procedural technicalities. Nevertheless, this possibility cannot be ruled out in the future – for example, if the president is elected by Congress. Thus, McMullin’s chances of becoming the next president are seen as extremely low, but they are more than zero. Theoretically, McMullin is the third most likely candidate to win the presidency, after Clinton and Trump.