The Democratic Party and their media allies have ratcheted up their campaign accusing Russia of interfering in the US presidential race. Late last month, the Washington Post claimed that the Kremlin was trying to foment a color revolution inside the US. Foreign affairs expert Fedor Lukyanov says such allegations are symptoms of a political crisis.

Washington Post's piece, part of a growing list of allegations by the White House and the Clinton campaign that Moscow was interfering in the US presidential race, alleged that President Putin was looking to exact "revenge" on the US for a string of color revolutions which Washington had helped to stage along Russia's borders over the last decade-and-a-half. For this, WP claimed, the Kremlin was using Donald Trump, who has helped to spread a mood of protest and discontent in US society, while undermining its important institutions, including the electoral process itself.

Asked to comment on the regularity and insouciance with which such accusations are now made, Fedor Lukyanov, director of the Valdai Discussion Club, told Sputnik that they are an indication that the US is in the midst of a serious political and social crisis.

"One thing is clear," Lukyanov said. "The world is becoming less and less comprehensible, and less and less manageable for those who think they can and should manage it. Far-fetched theories about foreign enemies and conspiracies remove part of the responsibility for the subsequent chaos. This occurs everywhere, but it is amazing to see it happening in the United States."

"America," the analyst recalled, "has always been a country that is self-sufficient and self-confident. It never descended to this kind of analysis." Therefore, it's something almost surreal to witness. 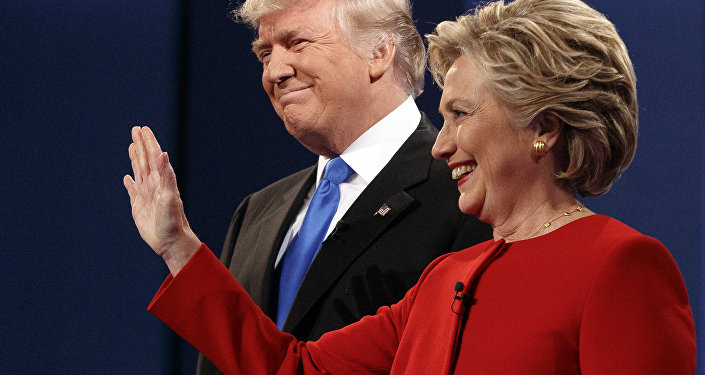 © AP Photo / Evan Vucci
So Russia Won't Elect the Next POTUS
Speaking at the Valdai Forum last month, President Putin said that the idea that the Kremlin was somehow interfering in the US election, or even backing Trump, was "complete nonsense." The president stressed that even the thought that Russia could somehow influence the choice of American voters was absurd, and that by speculating about Russian interference, the US was acting like a 'banana republic'. "Is America a banana republic or what? America is a great power," Putin said. Whatever else happens, Russia is ready to work with whoever is elected, he added.

Lukyanov noted that "by insisting on Russian interference, the Americans are effectively suggesting that the US is a banana republic. One can think of the US however one likes, but the Americans have never had an inferiority complex; suddenly, something akin to one has appeared."

"I suppose that all of this is really evidence of a sense of [elite] confusion – when it is unclear what to do when something does not go as planned," the expert added. "This is a reaction to the unexpected changes in society which caught the American elite by surprise, and the elite reacts as best it can, and starts looking for conspiracies."

This panic and confusion is caused by Trump, Lukyanov explained. "The appearance of a candidate like Trump is a phenomenon. It seems that he was never meant to reach such a serious level. But he appeared, and so did Bernie Sanders, who, although he has a different ideology, represents the same phenomenon in his essence. That essence can be boiled down to the idea that a growing number of people in the US have rejected that which has been imposed on them from above. This seems to have put the elite into a stupor." 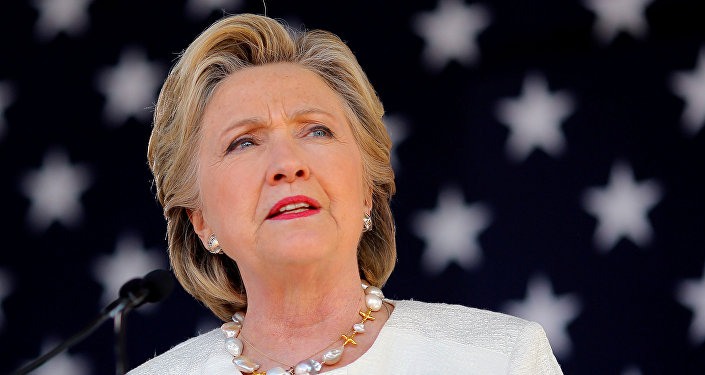 © REUTERS / Brian Snyder
EXCLUSIVE: Source of DNC, Podesta Leaks 'Comes From Within Washington'
"And when the talk began about Putin acting with Trump against Clinton – that is something the likes of which I cannot recall happening in the US since the days of McCarthyism," Lukyanov added. "And one really does start to believe that Americans have been struck by a sense of paranoia."

Ultimately, the expert suggested that the US may have reached a point where a certain central paradigm – a long-existing model of political and social order and behavior, has been broken.

"And while I have no doubt that the US will be able to overcome this internal crisis, such a recovery will have to occur using some new principles….What we are seeing today is only the beginning. But whoever wins the election, this alone will not be able to change anything. The process of rethinking what America should be, and what its role in the world should be, will continue," Lukyanov concluded.

So Russia Won't Elect the Next POTUS

Anti-Russian Hysteria in US Aimed at 'Diversion of Voters' Attention'