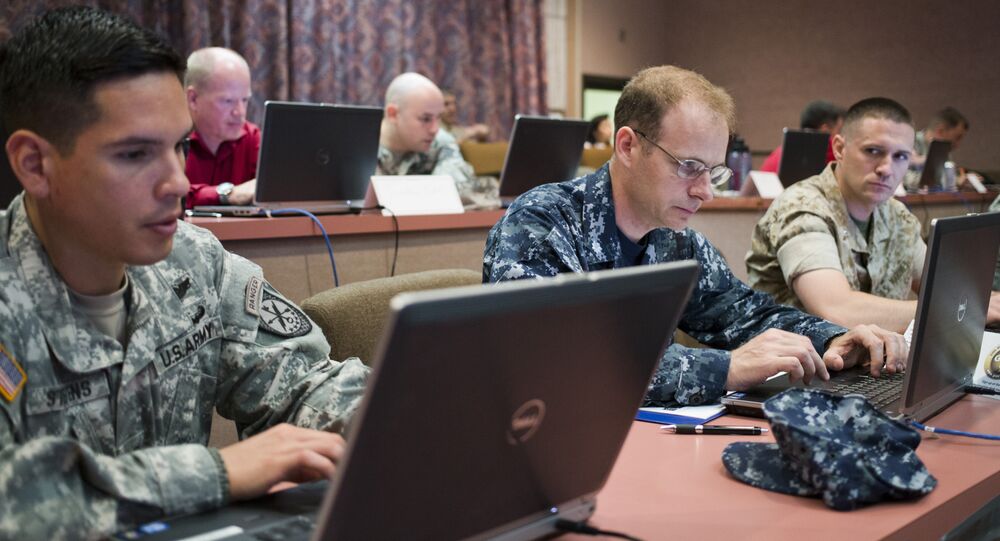 US Secretary of State John Kerry said that the United States does not want to engage in the cyberwarfare race with Russia.

© REUTERS / Kacper Pempel/Files
Cyberwarfare: DARPA Seeks to Develop Engine Capable of Identifying Hackers
WASHINGTON (Sputnik) – The United States does not want to engage in the cyberwarfare race with Russia, US Secretary of State John Kerry said.

"We’ve discussed that absolutely. The danger of this cannot be overstated. We don’t want to go starting down the road. You know, we did arms control for 50 years. We had an arms race where we built more and more nuclear weapons. The last thing we need is a cyberwarfare race," Kerry told the Wired media outlet in an interview on Tuesday.

He noted that both sides must act responsibly, which may require changes in existing agreements.

"Where we are escalating and escalating with greater and greater danger and level until people realize that there is mutual destruction in this process. So we need to make sure we’re curbing this and acting responsibility, all of us. That’s going to require some intrusion in terms of the agreements that we reached in order what those norms will be and how we will behave. And how we police it," Kerry said.

On October 19, during the third presidential debate, US Democratic presidential nominee Hillary Clinton stated that Russia was behind the Wikileaks' releases of her emails in an attempt to influence the outcome of the US elections, citing US intelligence agencies as the source for this claim.

Russian officials have denied any intent to interfere in the November 8 US presidential elections.