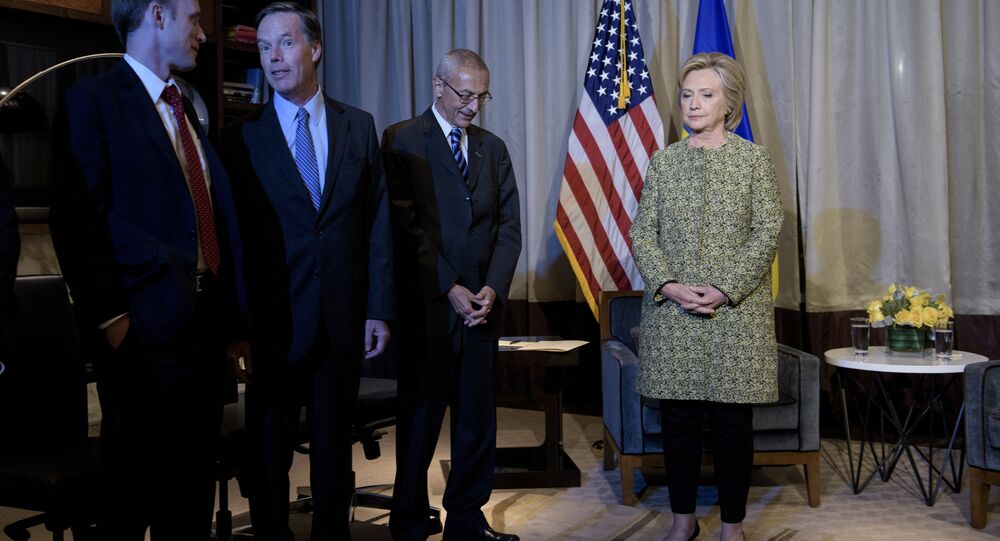 Emails released by WikiLeaks revealed that Hillary Clinton’s presidential campaign chairman John Podesta urged other campaign staff that a cache of emails be dumped after media reports revealed the existence of her private server.

"We are going to have to dump all those emails so better to do so sooner than later," Podesta wrote in a March 2, 2015 email exchange with another top Clinton aide, Cheryl Mills, according to the documents released on Tuesday.

The message was written on the same day that the New York Times first reported Clinton had used a private server in the basement of her New York home for work-related correspondence during the four years she served as secretary of state.

Last week, FBI Director James Comey told US lawmakers that the bureau had found additional correspondence relevant to its probe into former secretary of state Clinton’s use of a non-government email server.

Clinton Maintains Lead Over Trump in Virginia One Week Before Elections