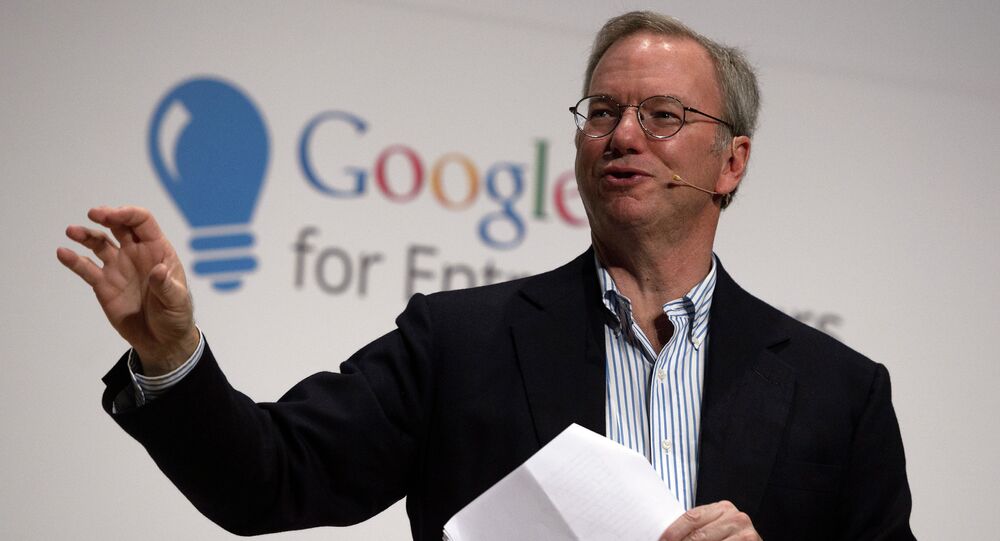 Eric Schmidt, the executive chairman of Google’s board of directors, was involved in laying out the roadmap for Hillary Clinton’s presidential campaign, according to email leak.

MOSCOW (Sputnik) — Eric Schmidt, the executive chairman of Google’s board of directors, helped lay out the roadmap for Hillary Clinton’s presidential campaign, a new emails publication by WikiLeaks showed Monday.

"I have put together my thoughts on the campaign ideas and I have scheduled some meetings in the next few weeks for veterans of the campaign to tell me how to make these ideas better. This is simply a draft but do let me know if this is a helpful process for you all," Schmidt wrote in April 2014.

The draft assessed the campaign’s possible structure and size, recommended Chicago or New York City to host the headquarters and emphasized the importance of digital marketing methods in rallying voters, including using social networks to "spread good news, and to raise money."