A government watchdog group has announced a Freedom of Information Act lawsuit against the FBI in order to obtain records related to Hillary Clinton’s email server scandal, its investigation and Bill Clinton’s controversial July meeting with Attorney General Loretta Lynch. 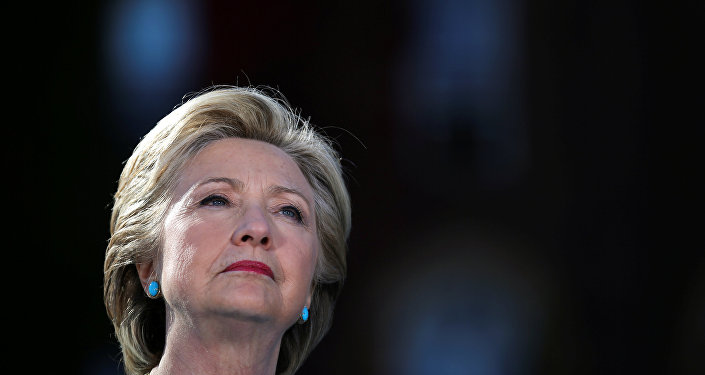 © REUTERS / Carlos Barria
#PodestaEmails22: Clinton's Democratic Supporters Doubted Her Candidacy
Judicial Watch has announced that it has filed a Freedom of Information Act (FOIA) lawsuit against the FBI after the organization ignored their request to provide all records in any way related to Hillary Clinton's private email server scandal, the investigation of the scandal conducted by the FBI itself and Bill Clinton's airstrip meeting with Attorney General Loretta Lynch. The official announcement can be found on the group's website.

According to Judicial Watch President Tim Fitton, "FBI Director James Comey's promise to the American people of transparency about the FBI's investigation of Clinton was an empty promise — otherwise we wouldn't be in federal court seeking this information. An air of corruption surrounds the FBI/Justice Department investigation of Hillary Clinton and so, through this lawsuit, Judicial Watch is investigating the investigators."

On July 29, former US President Bill Clinton and Lynch met privately onboard a parked plane at the Phoenix Sky Harbor International Airport in the final days of the Hillary Clinton's email probe. Both parties claimed the meeting was purely social in nature, but concerns have been raised about a possible conflict of interest.

"I think she should have steered clear, even of a brief, casual social meeting with the former president," said Senator Chris Coons (D-Del), who later retracted his words through spokesman Jonathan Kott.

© AFP 2019 / Robyn Beck
Clinton's Lead Over Trump Narrows to 2% - Poll
Republican presidential candidate Donald Trump did not believe the attorney general's assurances and has referenced the meeting and the FBI investigation of Clinton's email server many times during his campaign.

"Even the liberal media's making it a big story, which is shocking to me, because it's so out of bounds. Wow, that's an amazing thing," he said in a radio interview with The Mike Gallagher Show.

Interestingly, the FBI announced it is reopening the probe into Clinton's email scandal due to "recent developments" the very same day the watchdog group filed its lawsuit.

"The FBI has learned of the existence of emails that appear to be pertinent to the investigation," House oversight committee chairman Jason Chaffetz said, quoting FBI director James B. Comey's letter about the matter to Congress.

According to the FOIA official website FAQ section, "ongoing investigations" are officially one of three exceptions from Freedom of Information Act requests, since "disclosure could reasonably be expected to interfere with enforcement proceedings."