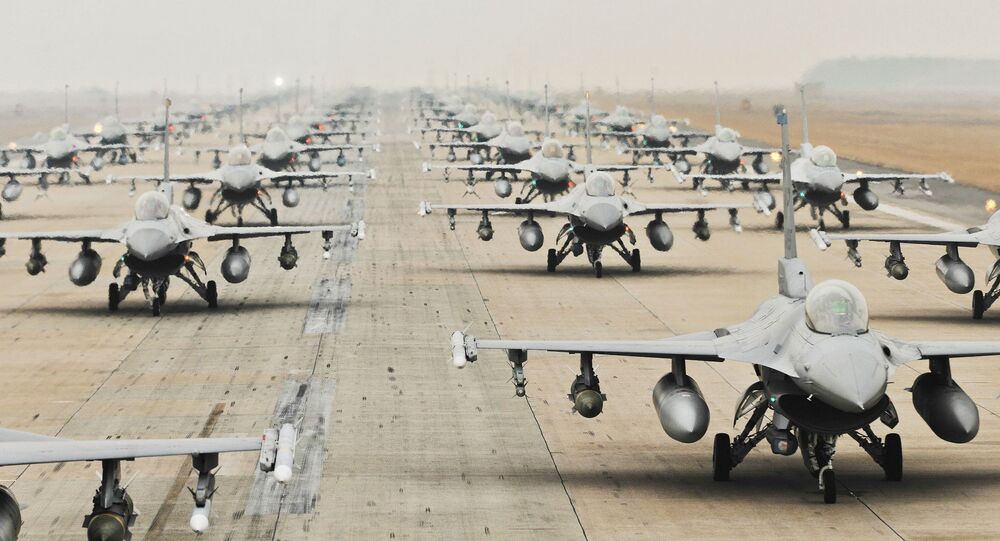 Two US Citizens Charged With Smuggling Aircraft Parts to Iran

At least two Los Angeles citizens have been arrested on allegations of smuggling US fighter jet parts to Iran.

© Sputnik / Mikhail Klimentyev
No Obstacles Left for Iran to Become SCO Member - Russian UN Envoy
Zavik Zargarian, 52, and Vache Nayirian, 57, have been reportedly arrested by special agents with the US Immigration and Customs Enforcement service's Homeland Security Investigations unit, who conducted an undercover investigation, the US Attorney's Office reports.

According to a federal indictment released this week, the two men were part of a larger group who conspired to smuggle US-made fighter jet parts worth $3 million to Iran via a scheme that involved Zargarian's Pacoima-based company, ZNC Engineering Inc., and at least two Iranian nationals: Hanri Terminassian, 55, and Hormoz Nowrouz, 56.

The two conspirators from Los Angeles got caught when they contacted an undercover Homeland Security agent who posed as plane part dealer.

"The crimes charged in this indictment are very serious threats to our national security," said US Attorney Eileen M. Decker. "As a nation, it is vital that we protect our military technology and prevent it from getting into the hands of other countries without proper authorization."

The total list of plane parts has not been disclosed, but according to officials familiar with the case, these parts could be used in F-14, F-15, F-16 and F-18 fighter jets.

© REUTERS / Sergei Karpukhin
Trade Turnover Between Russia, Iran 1.5-Times Rises in 2016
The group also conspired to import some 7,000 fluorocarbon rubber O-rings to Iran. According to the indictment, Zargarian bought the O-rings from a California vendor and provided them to Nayirian, who then shipped them to the United Arab Emirates and Kuwait. One of Iranian nationals, Terminassian, then arranged for the parts to be delivered from the proxy countries to Iran and handled over to the Iranian Air Force. The shipments had been undervalued, the authorities say, in an attempt to reduce the risk of drawing custom officials' attention.

The O-rings in question are basically simple rings made of rubber-like material, known for high temperature resistance combined with remarkable chemical inertness. Such rings are widespread in all sorts of machinery; one can easily find similar rings in a wide number of car parts, for instance. The federal authorities say that these O-rings have a number of military applications, including in aircraft hydraulic systems and landing gear.

"One of [our] top enforcement priorities is preventing sensitive articles like those in this case from falling into the hands of individuals or nations that might seek to harm America or its interests," said Joseph Macias, a special agent in charge of Homeland Security Investigations in Los Angeles.

"The illicit trade of these kinds of items to countries that have repeatedly violated our export laws must be controlled," he added.

Iran, Russia Have Progress in All Spheres of Bilateral Relations - Zarif