US President Barack Obama’s support for his potential successor Hillary Clinton has not changed following revelations that the Federal Bureau of Investigation (FBI) is examining additional emails from the former secretary of state, White House spokesman Eric Schultz told reporters.

"I don't think anything has surfaced to change the president's opinion and views of Secretary Clinton," Schultz said at an informal briefing Friday. 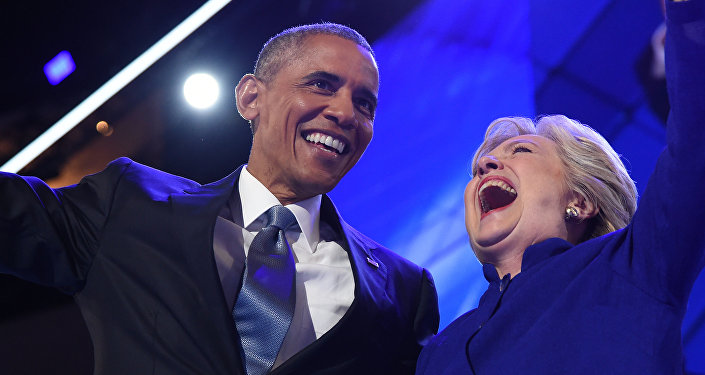 Earlier in the day, FBI Director James Comey issued a letter telling members of Congress that the FBI has uncovered additional emails tied to its investigation into Clinton’s use of a private computer server as secretary of state. FBI investigators will check those emails to see whether any of them contained classified material, the letter stated.

The New York Times reported that the latest emails were found during a separate investigation of former US congressman Anthony Weiner, the husband of senior Clinton aide Huma Abedin.

In September, the FBI issued its findings on Clinton’s use of the private server while she served as the United States’ top diplomat from 2009 to 2013. Comey announced his recommendation that although Clinton’s conduct was careless she should not be charged with any crime. 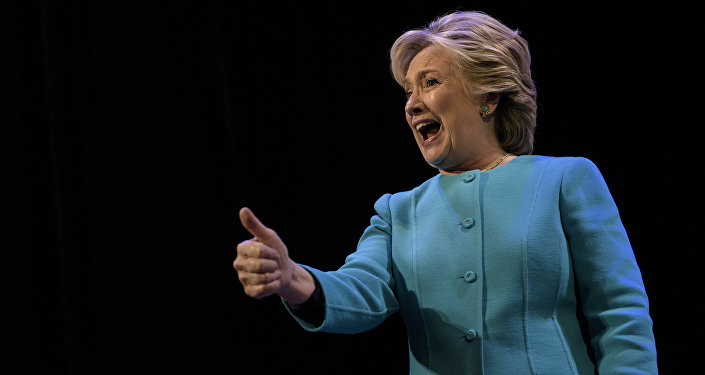 © AFP 2019 / Brendan Smialowski
Clinton Calls on FBI to Explain Reopened Email Investigation Without Delay
Former US secretary of state Hillary Clinton can still lose the 2016 presidential contest despite her lead in the polls if voters fail to follow through on election day, President Barack Obama said at a rally in Orlando, Florida.

“Sometimes when you get a lead whether it’s in sports or politics you start feeling good, you start celebrating too early,” Obama stated on Friday. “Next thing you look it up and you let it slip away.”

Obama said he does not want Clinton supporters to take the candidate’s lead in recent polls for granted and called on them “to stay focused and run through the tape.”

The latest ABC News/Washington Post tracking poll shows Clinton leading Trump by four points – 48 to 44 percent — but that is down from the 12-point margin recorded on Sunday.

Michelle Obama: Clinton Most Prepared Presidential Candidate in US History

Trump, the Media, and Strippers