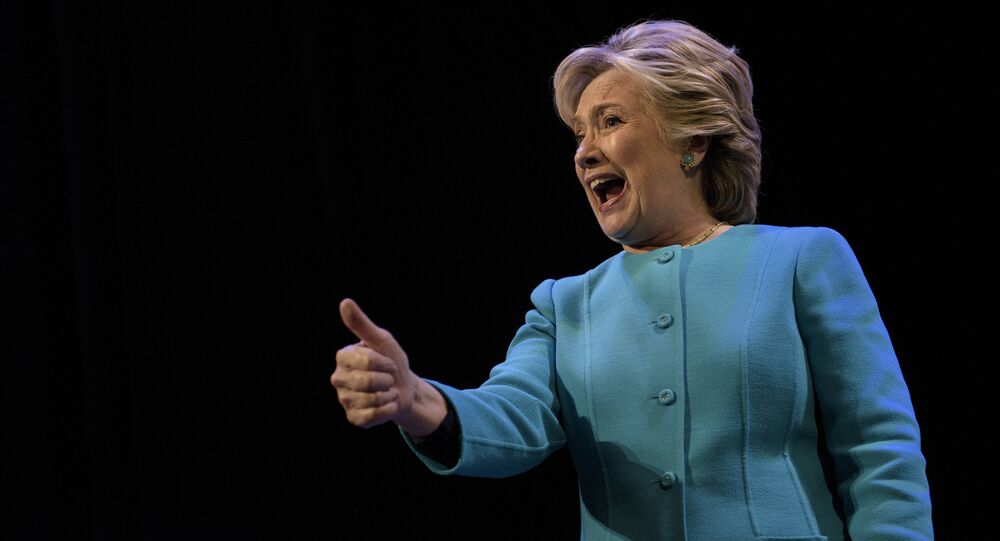 US Democratic presidential nominee Hillary Clinton’s campaign and the US Department of State coordinated their efforts to come up with a response plan to the so-called Clinton email scandal with "friendly" journalists at the Associated Press (AP), according to emails released by WikiLeaks.

MOSCOW (Sputnik) — Clinton has been severely criticized for the use of a private email server and account for official business during her 2009-2013 tenure as secretary of state.

"Just spoke to State [Department] a little more about this [response plan]… They [State Department] do not plan to release anything publicly, so no posting online or anything public-facing, just to the committee. That said, they are considering placing a story with a friendly at the AP (Matt Lee or Bradley Klapper), that would lay this out before the majority on the committee has a chance to realize what they have and distort it," the message read.

The information was revealed in a batch of emails of Clinton's campaign chairman John Podesta's published by the whistleblowing website.

WikiLeaks published the first batch of Podesta's emails on October 8.