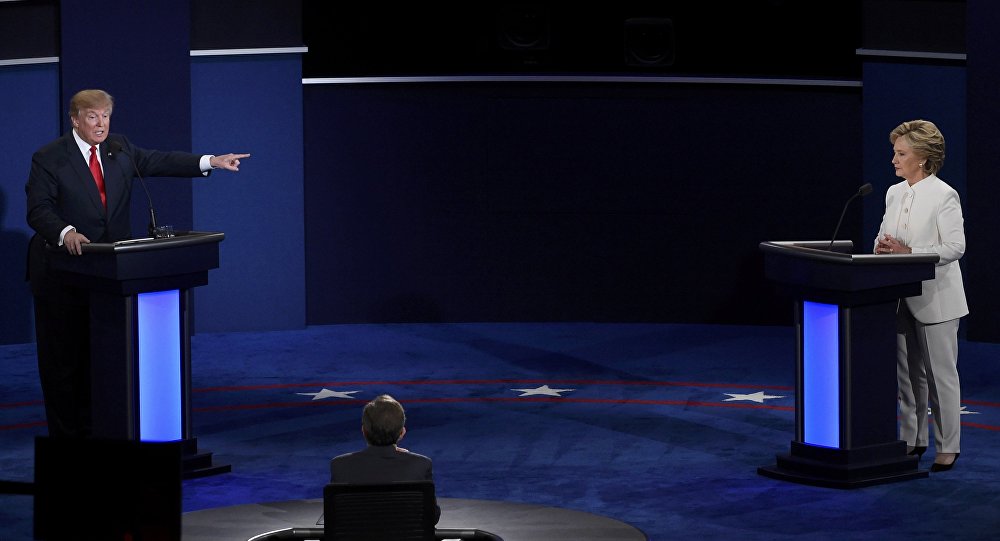 US presidential candidates Hillary Clinton and Donald Trump have failed to show leadership by preying on the deepest fears of voters who are worried about the negative effects of free trade agreements, former delegate to the UN Convention on International Trade Law Raj Bhala told Sputnik.

YouTube/CBSN
Only Half of Trump Supporters Think Press Freedom Important to US Democracy
WASHINGTON (Sputnik) — As the November 8 presidential Election Day draws near, free trade remains a major issue for both candidates, with Trump vowing to scrap or renegotiate most trade deals while Clinton has backed away from her previous support for international pacts like the Trans-Pacific Partnership (TPP) treaty.

"Both candidates are followers of the worst fears about open trade, investment and finance," Bhala, a University of Kansas law professor and author of "TPP Objectively" said. "Neither candidate is exercising leadership on international trade issues."

In the first presidential debate, Trump criticized Carrier for shipping 1,400 jobs from one of its plants in Indiana to Mexico, a constant refrain of his on the campaign trail.

"To go from those cases and declare that we should not continue with trade liberalization is to overdraw the inference and to play on xenophobic fears," Bhala claimed.

Both candidates, Bhala argued, had failed to lead by not explaining how trade liberalization leads to societal net gains and not proposing ways to aid those suffering from the adjustment costs.

"And to be a leader also means to propose meaningful trade adjustment assistance — meaningful economically and meaningful in terms of social justice to help those workers who are dislocated from trade," Bhala maintained.

Clinton and Trump have essentially declared that trade liberalization inflicts unacceptable aggregate costs on most of society and benefits only a few, Bhala stated, which is not the truth about what free trade theory is all about. 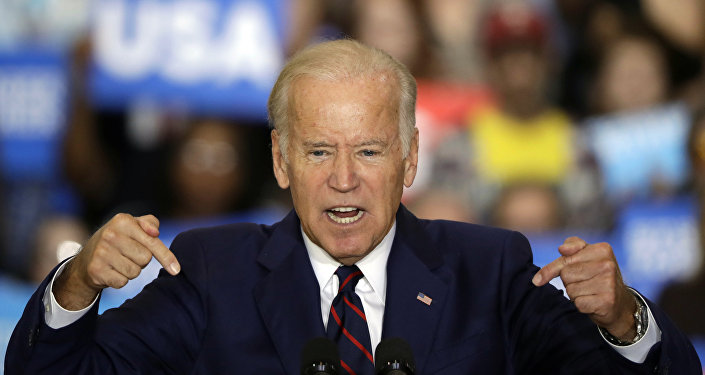 © AP Photo / Matt Rourke
Hillary Clinton May Offer Biden Position of State Secretary
"Whenever Americans want to eat a fruit or vegetable that is out of cycle with the American harvest season, they want free trade because those out of cycle crops are being imported from the Southern hemisphere," Bhala pointed out.

The service industry, including legal, architectural, engineering, medical, and news media, among others, which accounts for up to 80 percent of US employment and gross domestic product, also exhibits the benefits of free trade because the greatest growth markets for services are located overseas.

Another problem is that the presidential contenders have not effectively explained causation, because the vast weight of empirical evidence indicates clearly that the cause of adjustment costs to American workers in terms of losing their jobs or suffering income decline is not trade, but technology.

If workers lack adequate primary, secondary and tertiary training to handle new technologies, their jobs and incomes are in peril, Bhala warned — and trade is not to blame for that because those technologies are going to move forward with or without TPP.

"If technology is mainly to blame, the solution is not to stop trade liberalization and it is not to stop advocating for trade adjustment assistance," Bhala stressed. "Instead, it is to build human capital in the American workforce by better funding for education, student debt relief, and other pro-human capital development policies."

In short, Bhala said, neither candidate were showing leadership on rebuilding a bipartisan consensus established under US President John F. Kennedy in the 1960s around the essential coupling of trade liberalization to help the majority in society and trade adjustment assistance to help the minority.

Defective agreements like TPP, Bhala said, also make it easier for Clinton and Trump to exploit free trade as a bogeyman because of the way it caters to particular vested interests that were successful in lobbying for favorable terms.

"TPP is more of a managed trade agreement than a free trade agreement," Bhala remarked. "It more obviously favors certain interests and economic constituencies that are getting special rules."

Finally, Bhala added, the nominees had not focused on the national security aspect of the TPP agreement, which is not simply about economic engagement.

President Barack Obama has repeatedly called on the US Congress to ratify TPP because it will strengthen American security through economic integration with allies in a strategic region of the world.

According to the Office of the US Trade Representative, TPP will ensure the global economy reflects US interests and allows Washington to "write the rules" for conducting trade in the Asia Pacific rather than its competitors.

© AFP 2019 / PAUL J. RICHARDS
Louisiana Anticipates Record Voter Turnout at Presidential Election - State Secretary
"There is one other failure to mention here. And that is the failure to draw the nexus between trade liberalization and economic engagement on the one hand and national security on the other hand," Bhala claimed.

TPP in particular is very much about US national security interests vis-a-vis China in the Asia Pacific region, Bhala stated, including provisions for dealing with territorial disputes in the South China Sea.

On Monday, Trump told a rally in Florida that during his first day in office he would withdraw from TTP, renegotiate the North American Free Trade Agreement (NAFTA) and label China a currency manipulator.

TPP would link the US with the economies of 11 other Pacific Rim nations in a trade zone with lower tariffs and fewer import restrictions. Critics have charged that TPP violates human rights, civil liberties, workers’ rights and environmental standards, and will export jobs to countries with low labor standards.