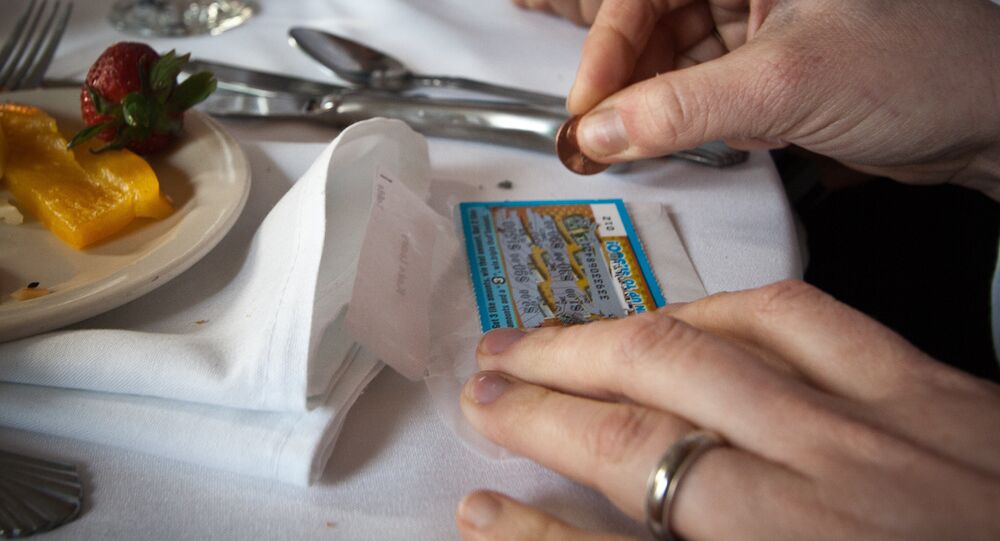 Buddy Blackwell asked his wife Glenda, 57, to pick him up two Powerball tickets over the weekend. Annoyed with her husband wasting money, she bought a $10 Carolina Millions scratch ticket for herself, just to prove that nobody ever wins.

© Photo : Pixabay
You Spent It On What? The Lottery Winners Whose Money Went Down the Drain
"I was going to be ugly and buy a scratch off to show him they didn’t hit," Blackwell told WLOS. "Sometimes I get aggravated with him, so I tell him, 'You're just wasting your money.'"

But her plan to teach him a lesson backfired when — she won a million dollars.

"I had to eat my words, but they were worth eating," Blackwell said while laughing. "So, I was very happy."

The Blackwells traveled to Raleigh to collect their check, opting to take a lump sum of $415,000 after taxes. Their other option would have been 20 yearly payments of $50,000, but Glenda was concerned that she would not live that long, due to health issues.

"We've struggled a lot, so now we can buy our own home and our own land. It'll be paid for and I don't have to worry about that no more," Glenda Blackwell said. "So, that's what I plan to do with some of the money and the other part I plan to help my daughter and to put money up for my two granddaughters for college."

Glenda said that she and her husband will not purchase any more lottery tickets.

Tonight I Feel Lucky: Lottery Determines Who Gets to Hunt Elk in Norway