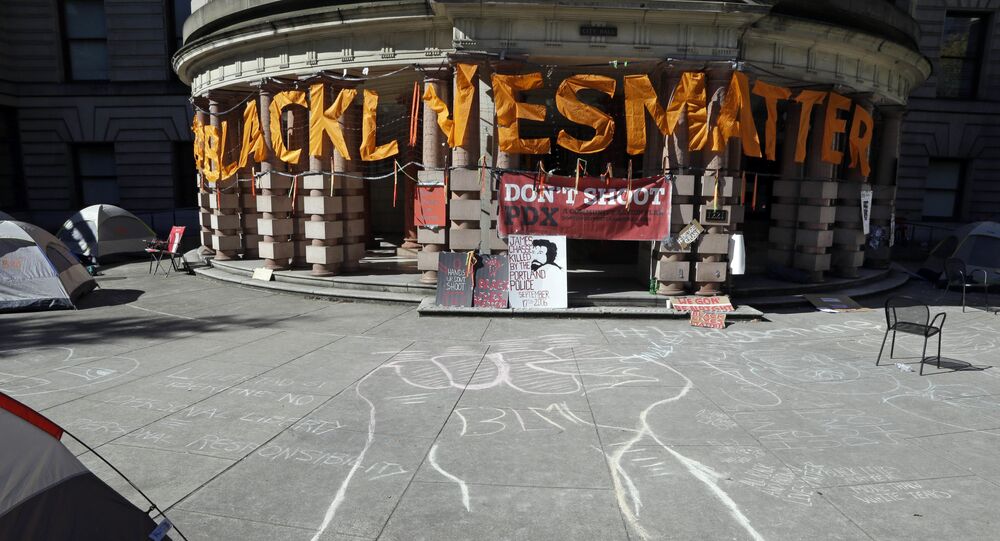 DeRay McKesson, a leader of the Black Lives Matter civil-rights group called for voting for Hillary Clinton at the presidential elections in the United States.

© REUTERS / Chris Bergin
Three-Quarters of Black US Voters Would Like to See Clinton as President
WASHINGTON (Sputnik) — A leader of the Black Lives Matter civil-rights group in the United States endorsed Democrat Hillary Clinton for president in a newspaper opinion article published Wednesday.

“I am voting for Hillary Clinton,” activist DeRay McKesson wrote in the Washington Post.

McKesson said that although he and the candidate differ on many issues, “I agree with Clinton more than I disagree with her.”

He highlighted what he called Clinton’s strong policy stances on racial-justice matters, including proposed restrictions on how police use force; her calls for investing in drug treatment and rehabilitation; and, “perhaps most impressively,” her planned $125 billion initiative aimed at youth employment, the re-entry into society of formerly incarcerated people, small-business growth and homeownership.

© REUTERS / Adrees Latif
Black Lives Matter Protest Hillary Clinton in Philadelphia
Despite his friends’ assertions that they will not vote in the election, McKesson wrote that he will cast his ballot for Clinton because a presidency of her Republican rival, Donald Trump, “would surely grind us, black and brown folks, even more than it already does.”

McKesson added that if Clinton is elected, he intends to hold her accountable for promises she has made about racial equality and justice.

Over the course of the 2016 campaign, Black Lives Matter activists have protested outside rallies of both Clinton and Trump.