Bayzle Dylan Morgan, 25, who faces the death penalty, will not be allowed to use makeup to hide neo-Nazi tattoos in his upcoming murder trial, a judge has ruled.

Morgan’s lawyer submitted a request to order makeup to cover up a swastika within a clover that her client had tattooed under his left eye; the words “most wanted” etched onto his forehead; the words “baby Nazi” tattooed on his neck; and the phrase “white supremacist,” which he has permanently marked on his face as a substitute for eyebrows. He also has a tear drop under his right eye, traditionally used to signify that the wearer has committed murder. 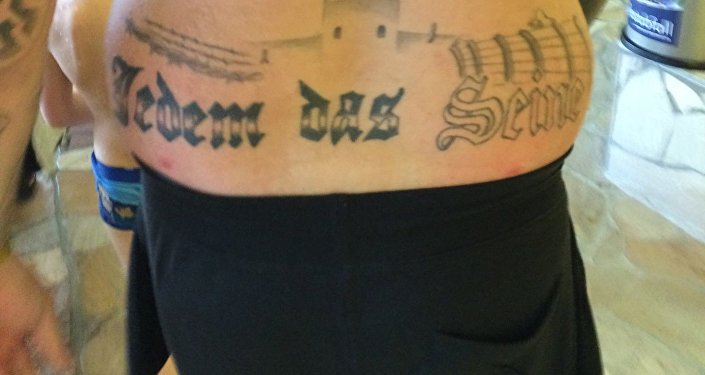 Clark County District Court Judge Michelle Leavitt denied the lawyer’s request, saying that she believes that fair and impartial jurors will be found who can look past the tattoos.

Another judge previously ordered the tattoos could be covered, during Morgan’s robbery trial in August. The white supremacist was nonetheless found guilty of threatening a man and stealing his motorcycle.

Now, Morgan is about to go to trial for the murder of 75-year-old Jean Main. The man is charged with breaking into Main’s Las Vegas home, hitting her with a pistol so hard that the trigger guard broke and she was shot in the back of the head. Morgan reportedly left her to die, and her body was later found in the bathroom.

Morgan’s getaway driver, Keith Smith, was sentenced to four to ten years in prison for burglary in the case. Prosecutors say that he had left the scene after hearing gunshots, but returned and found Morgan with a suitcase full of items stolen from Main.

Legally, jurors must consider the facts of a case and not the defendant’s appearance. Prosecutors state that none of the evidence that they have against him has anything to do with his tattoos.