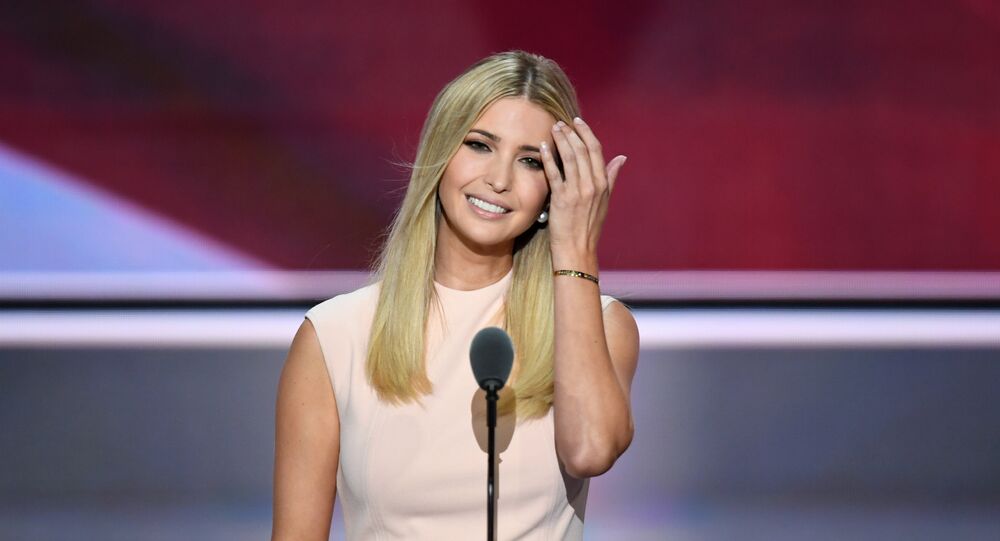 All in the Family: Trump Attackers Go After Ivanka’s Business

The latest scandal of the Trump campaign, the decade-old tape in which he spoke disparagingly of women, has resulted in a backlash that is not only hitting the candidate himself, but also his family; namely, his daughter’s fashion line.

© AFP 2021 / OZAN KOSE
Here is Why Donald Trump is Favored by Turkish Mainstream Media
As this presidential race descends into mud-slinging, fewer and fewer members of the candidates' teams can stay out of harm's way. With women responding to Trump's comments with revulsion, some members of the public are turning on Ivanka Trump, one of the high-profile women on his campaign.

Ivanka sells her own line of women's clothes at various stores. A woman named Shannon Coulter, a San Francisco-based brand and digital strategist, has started a campaign to boycott Ivanka's eponymous fashion line because Ivanka supports her father's campaign.

In an aggressive twitter campaign, Coulter has called for women to boycott not only the fashion line itself, but also the stores that sell it.

"She campaigns for him. We should avoid stores that carry it," Coulter tweeted.

"I think [women] took particular offense," Coulter said, "as I did, to the fact that Ivanka tries to make feminism a part of her brand but is standing by, as an official campaign surrogate, a guy who is an alleged serial sexual assaulter of women."

© AP Photo / Mark Ralston/Pool
Poll Shows Trump 0.3% Ahead of Clinton 2 Weeks Before Election
Coulter even made a screenshot of a table with names of stores that are known to sell Ivanka's goods her Twitter account's top picture.

Ivanka has long claimed to be a feminist and supporter of women's rights. In an August interview with Harper's Bazaar, she said:

On working women, her brand's target audience, she said: "In fact, I've never heard anyone say ‘working man.' Ever. Because there's an assumption that they work. But that doesn't mean [women] should all work 100 hours a week. It may mean for some of us staying home and taking care of our children. It's about celebrating women and their personal choices."

Judging by some replies on Twitter, many members of the public are willing to judge the daughter for the sins of the father:

"My daughter saw a dress she liked. Find something else, I said. We are not buying anything with the name Trump on it!" a Twitter user named Robin posted.

Poll Shows Trump 0.3% Ahead of Clinton 2 Weeks Before Election