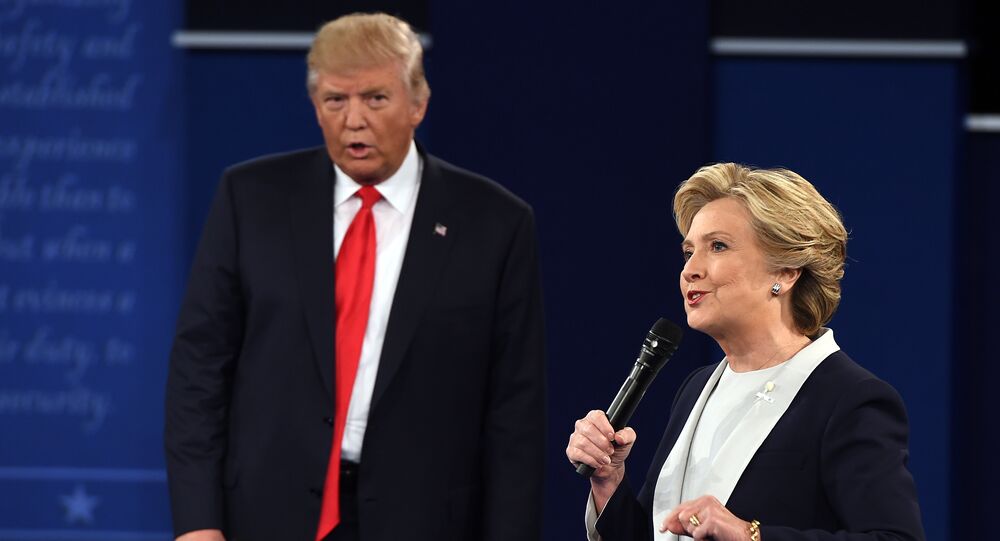 United States presidential candidate Donald Trump said that he would refuse to accept the election outcome, if he loses during the third and final presidential debates. The 70-year-old mogul also added that the upcoming election is being rigged.

"The theft of an election is just an ordinary American thing. And the American people are tired of it," Roberts told Sputnik. "And when the media are trying to say that this is against American values, what they saying is that American values are such that elections can be stolen without complaint."

Earlier, Trump said that he "would accept a clear election result," but at the same time would "reserve his right to contest or file a legal challenge in the case of a questionable result."

© AP Photo / Mark Ralston/Pool
Clinton Clear Winner Over Trump in Final 2016 Presidential Debate - Poll
His rival, Democrat Hillary Clinton said Mr. Trump's refusal to accept the outcome was insulting to US democracy. The United States has a long-standing tradition, according to which the candidate who loses the election has conceded his defeat after the votes were counted.

Roberts noted that there is "nothing unusual" about US elections being rigged, calling it "routine."

"I think that Trump has for the first time introduced honesty into the fact that American political elections are routinely stolen. They steal them in many ways: they steal them with electronic voting machines that have no paper trail, can't be recounted and so the way the vote is recorded depends on who programs the machine. They steal them by intimidating minorities at polling places. They steal them by not providing enough polling places where they know the ‘wrong' people will vote…There are all kinds of ways," Roberts stated.

The US presidential election is set for November 8, with the final presidential debate have taken place on Wednesday. Hillary Clinton was picked as the clear winner by most voters who watched it, a new poll revealed, while experts agreed that the last round of presidential debates was the most substantive and informative with the two candidates finally focusing on policy issues such as gun laws, abortion and other important issues.

Breaking Bread? Clinton and Trump to Dine Together Thursday Night