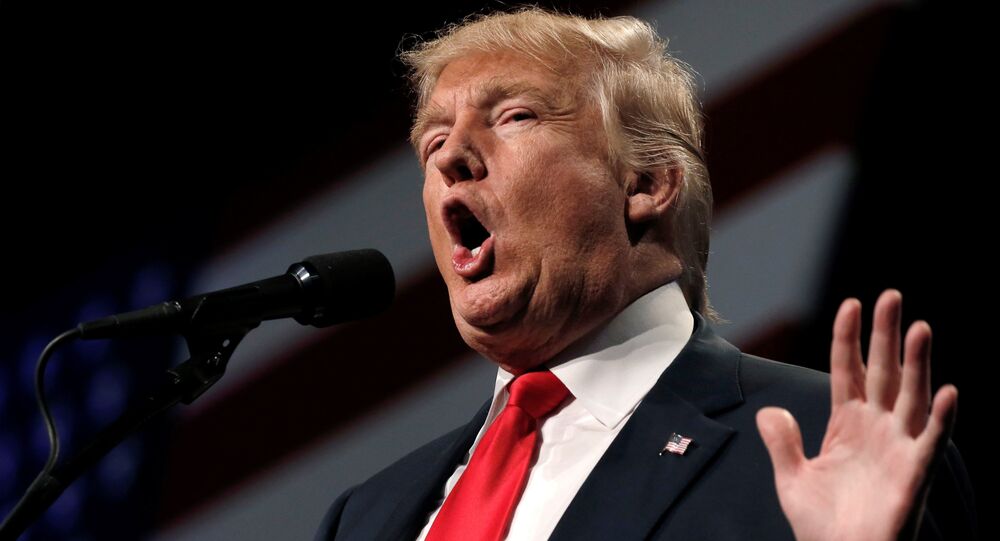 A new poll has revealed that more than two out of every three Americans are worried that the country’s electoral system is not secure.

© AFP 2021 / Timothy A. CLARY
Breaking Bread? Clinton and Trump to Dine Together Thursday Night
Donald Trump, the Republican presidential nominee, recently claimed that the 2016 election is being rigged against him. According to a recent poll conducted jointly by The Economist and YouGov, the mogul is not the only one concerned about the possibility.

The poll, conducted among 1,300 US citizens of voting age, revealed that Trump's fellow Republicans are much more mistrustful of the government's handling of the voting process than are Democrats. Answering the questionnaire, 64 percent of Republicans agreed that they were very concerned about fraudulent ballots being cast. Only 26 percent of Democratic poll participants shared those concerns, and 31 percent had no fear of election fraud at all, as opposed to just 5 percent of Republicans expressing confidence in the process.

According to the survey, 72 percent of respondents, irrespective of their parties, are very or somewhat concerned about the security of the voting system, while 21 percent see no reason for concern.

© REUTERS / Mark Ralston/Pool
'Thank You America!': Trump Claims Victory in Final Round of US Election Debates
The poll results could possibly reflect recent accusations by Washington against Russia for "authorizing" the DNC hack, and "meddling" in the upcoming US election. At least two out of five of those surveyed, or 42 percent, agreed with the statement that Russia has attempted to interfere in the upcoming presidential election.

Anatoly Lebedev, Deputy Head of the Information Security Department of Bauman Moscow State Technical University, facetiously referred to the accusations as a "winning move." He told Sputnik on Monday that it would have been a "serious blunder" by policy-makers in Washington to not exploit the improbable fear of Russia in the upcoming US elections, considering the tense relations between the two countries.

'Crisis of Confidence': Why Clinton's Unable to 'Knock Trump Out'

Trump's Message to be Carried Forward by a Bloody Sock