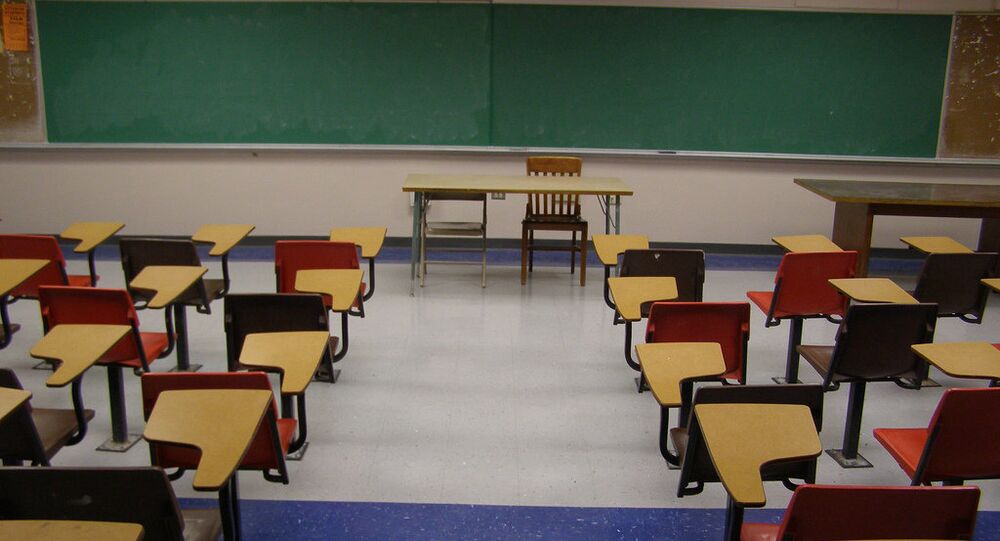 Students at Texas State University stormed out of a Cultural Anthropology class when the professor’s lecture on the Black Lives Matter movement saw him asserting that all humanity originated in Africa.

As white students walked out of the lecture hall, those who stayed reportedly shouted “Black Lives Matter,” during the Tuesday lecture.

The professor was discussing the “out of Africa” theory, based on scientific comparison of DNA and thousands of human skulls from around the world. Scientists behind the study concluded the human species originated entirely in Africa. Their findings have been widely accepted within the scientific community.

“It was dead silent,” Justine Lundy, 20, told the Tab, until a student responded with a “sarcastic ‘sure.'”

© Photo : Ben Doyle
Arizona Students Walk Out in Protest Over Black Lives Matter T-Shirt Censorship
At this point, students began to exit the class while some stayed behind to argue. A photo of a student exiting the lecture was retweeted over 40,000 times.

“A lot of people left,” student Karene Taylor, 19, told the Tab. “It was embarrassing.”

The twitterverse noticed the protest more than the professor, however. He told the website that “it is possible that someone didn’t like the topic and walked out,” but stated that he was not aware of any exodus.

“As a whole, I think the group is open-minded,” the professor, Dr. McGee said. “Understanding other peoples’ perspectives is a basic part of cultural anthropology.”