Despite having his Internet access cut off by the Ecuadorian Embassy in London, Wikileaks founder Julian Assange is receiving a heap of praise online for the latest - 12th in total - email dump, relating to US Democrat presidential nominee Hilary Clinton's campaign chair, John Podesta.

On the 12th day of #PodestaEmails12, my true love gave to meee..https://t.co/s9jaCWASQK

Type in Podesta, or #PodestaEmails12 if you're on Twitter and you'll unearth some real gems — one including an email from Center for American Progress president Neera Tanden, who emailed John Podesta with concerns that:

"[Hillary Clinton] Doesn't seem to know what planet we are all living in at the moment."

© Photo : Wikileaks
One of the emails released by Wikileaks

Another juicy email exchange between Neera Tanden, Jake Sullivan — Clinton's top foreign policy adviser — and John Podesta, reveals the details of a "memo on government reform/public corruption," in which Sullivan asked Tanden where she stands on a "$100 limit on campaign contributions, full stop?"

Citing the reform as a personal "favorite of mine," Sullivan also admits it could be "REALLY dicey territory" for Hillary Clinton.

"Just trying to think about how we actually operationalize this, because I totally agree you are on to something. And where do you stand on a $100 limit on campaign contributions, full stop?" Sulllivan asks Tanden.

#PodestaEmails12
This one boils down to, "We want to strengthen the bribery laws but if we do Hillary would be first one snared." pic.twitter.com/paC6rSgbuw

And it doesn't stop there… How about an email titled, "Rigging of Foreign Exchange Market Makes Felons of Top Banks" in which team Clinton openly discusses the Libor scandal?

In an exchange between Mandy Grunwald at Grunwald Communications, sent to Hillary Clinton's chief strategist, Joel Benenson — and many others on Hilary Clinton's team — one of many conclusions drawn from the Libor Scandal is that:

"I guess we know now that we can commit bank fraud without serious repercussions, especially if it's small potatoes. Right?" Jake Sullivan says. 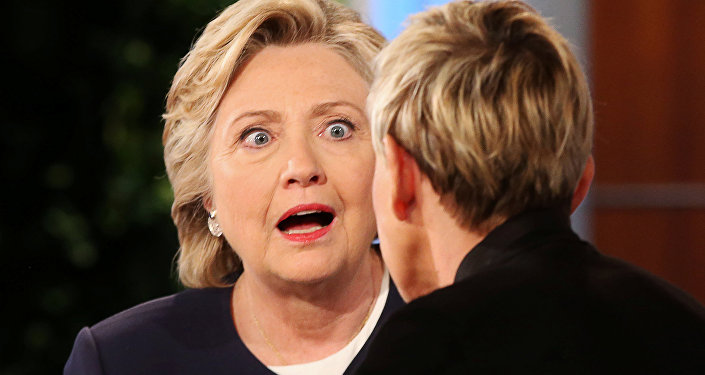 © REUTERS / Lucy Nicholson
#PodestaLeaks: Clinton Hates Press, GOP Are 'Bozos' and 'Threat to Civilization'
While the Internet, Twitter and conspiracists go crazy for the latest tranche of Podesta emails, Hillary Clinton and Republican President Nominee Donald Trump are preparing for the next episode of their televised debate.

It's the third and final US general election presidential debate between the nominees in Nevada, Las Vegas, with topics on the agenda including: immigration, debt and entitlements, the economy the Supreme Court and "fitness to be president."

But for an alternative view of the inner workings of the US presidential campaign, it seems the Podesta Emails are already stealing the show #PodestaEmails12