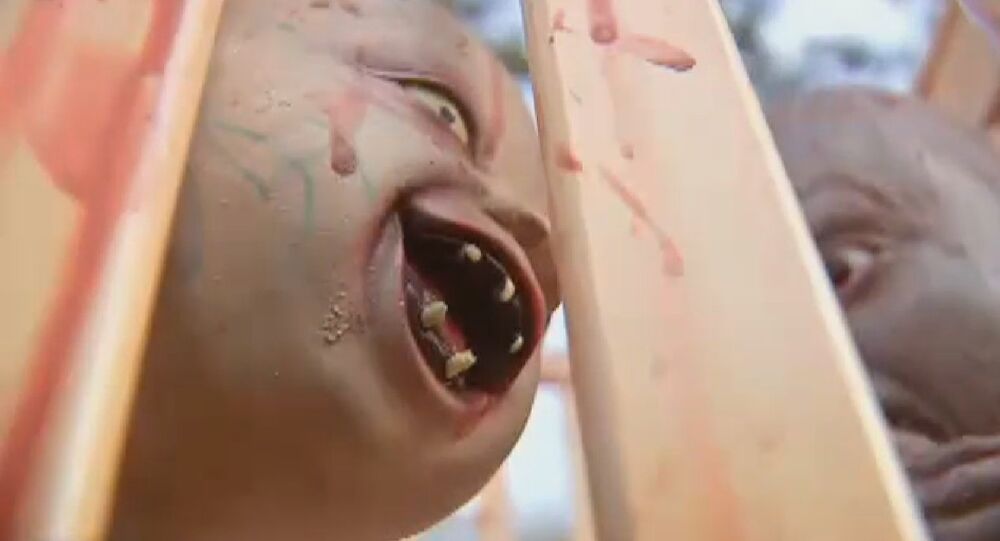 A mother in Katy, Texas, was disturbed when she saw that her neighbor’s Halloween decorations featured zombie babies with red eyes covered in blood while their undead mother keeps watch. Other people in the neighborhood seem to think that the decorations are keeping with the spirit of the season.

In a letter to local news station KTRK, the mother wrote:

"Halloween decorations are going too far. Young children should not be exposed to this while walking around the neighborhood."

"You can see they’re plastic and not real," he continued, "You don’t see bloody babies roaming around, normally."

Greg Pagans, who lives across the street from the zombie family, described the protesting parents as “great neighbors”, but defended his other neighbor’s right to decorate their lawn as they see fit. “I’m completely fine with it” he said, adding, “It’s their yard. They pay their taxes on that yard. It’s hard to keep everybody happy. It’s impossible to keep everybody happy…"If you don’t want to participate, then don’t participate."

Another neighbor remarked, "I don’t find it offensive at all."