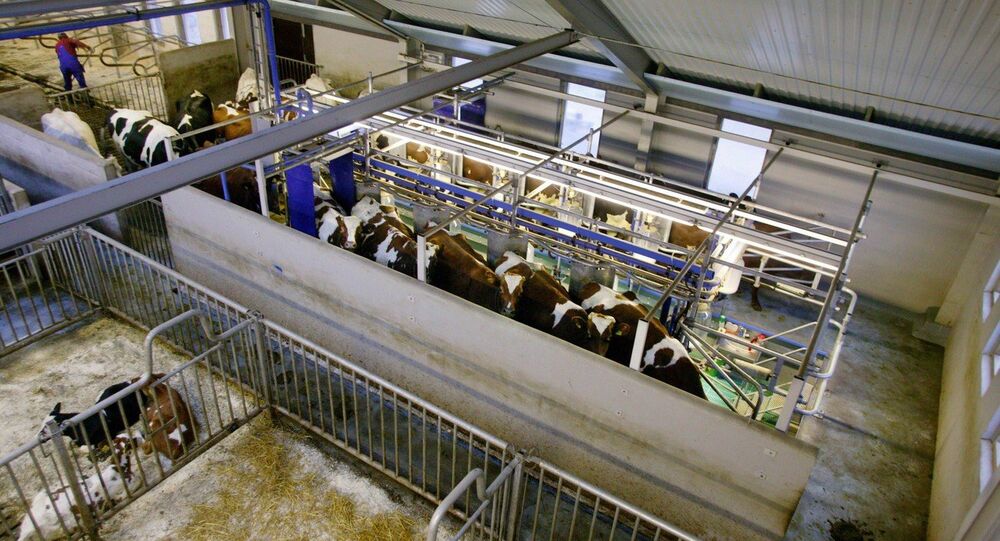 Got Milk? US Farmers Dump 43 Million Gallons Down the Drain So Far in 2016

This year’s mass-dumping of dairy is the largest amount of milk waste in 16 years, according to a report released by the US Department of Agriculture on Wednesday.

© Flickr / Paul Mayne/http://bit.ly/1xyrUEy
Ag-Gag Nation: Why Filming A Farm Could Land You In Jail
The report also stated that the overstock is likely related to a spike in the price of milk and other dairy products during a shortage in 2014.

To compensate for high demand at the time, farmers bought more cows and began running production overtime, eventually exceeding demand and resulting in a price drop. The price of milk has dropped 22 percent since spring, the New York Post reported, and 33 percent since 2014.

The dramatic decline in value made it unprofitable to continue to transport dairy to markets, or to export it to places like China, normally a major importer and, as a consequence of free market economics, the mass milk spilling began.

"Everyone has dumped milk, from Minnesota to New England," the head of the Michigan Milk Producers Association told Newser. To dispose of the extra milk, farmers are dumping it in sewers, fields, manure lagoons, or having it “disappear” from trucks.

To combat the problem, the USDA offered on Tuesday to commit $20 million to purchase cheeses, marking their second intervention in the dairy market in the last three months.