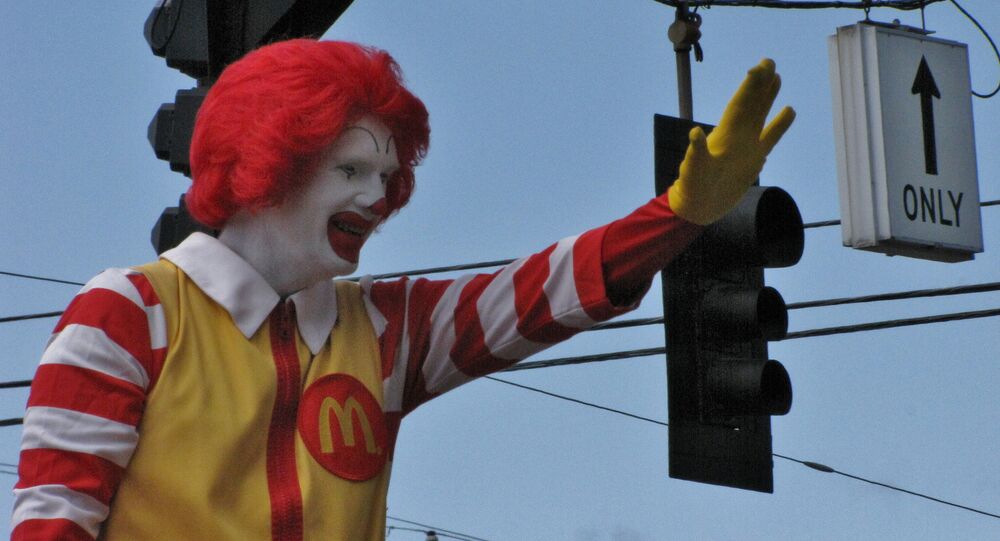 McDonald’s has announced that their own somewhat-creepy corporate clown mascot will be keeping a low profile as a string of disturbing clown sightings continues to terrify people on several continents.

“McDonald’s and franchisees in local markets are mindful of the current climate around clown sightings in communities and as such are being thoughtful with respect to Ronald McDonald's participation in community events for the time being,” McDonald’s spokeswoman Terri Hickey told CNN on Monday.

“This does not mean that there will be no appearances by Ronald McDonald, but that we are being thoughtful as to Ronald McDonald's participation in various community events at this time,” she added.

On Sunday, a clown was reported brandishing an axe at customers going through a McDonald’s drive-through window in Australia. A 23-year-old man was arrested over the incident.

“We understand that some people are getting involved for a bit of fun, however this arrest is a timely reminder that this behavior is not amusing, and in many cases, it is criminal behavior,” Victoria police said in a statement.

Meanwhile, in the US, on Friday morning at around 4:00 AM, in Menasha, Wisconsin, a couple were apprehended following 911 calls reporting people wearing clown masks and chasing vehicles on foot. The couple had reportedly left their four-year-old daughter home alone for several hours while they went out to frighten people.

A South Carolina town, Greenville, has been plagued since August 21 with clown sightings and reports of red-nosed menaces attempting to lure children into the woods. Police reports about clowns have been steadily rolling in ever since — across the nation, and have spread to Europe and Australia.