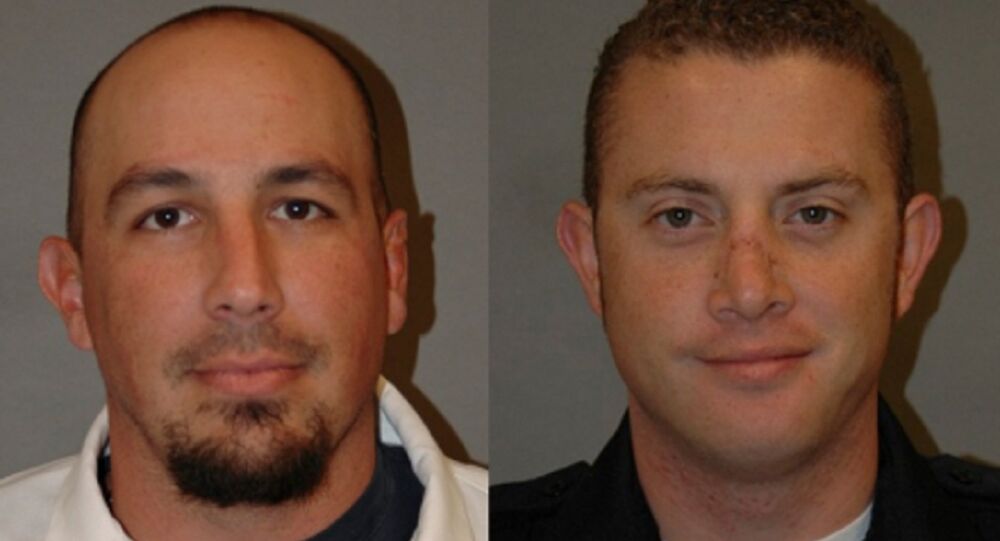 After deliberating for over 17 hours, jurors failed to reach a verdict in the case of two former Albuquerque police officers who were charged with the murder of a homeless man who was suspected of “illegally camping.” On Tuesday, the judge declared a mistrial.

Former officers Dominique Perez and Keith Sandy were on trial for second degree murder in the death of James Boyd, a mentally ill and homeless 38-year-old man. Nine of the 12 jurors favored an acquittal, but the other three would not budge on a guilty verdict.

The case made international headlines in 2014, especially after the shocking helmet camera footage of the incident was posted online.

In the footage, Boyd is seen gathering his belongings and appears as though he is complying, going down the hill from where he was camping after a four-hour standoff with the officers. As he begins to head toward them, an officer fires a flash-bang grenade, disorienting him.

Boyd appears to pull out knives in both hands, as an officer with a dog begins to approach. He makes what was described by police as a “threatening motion,” from at least 30 feet away, and begins to turn away from the police when shots ring out. Boyd falls to the ground, and blood is seen on the rocks behind him.

At the time of his shooting, the US Justice Department was in the midst of investigating the Albuquerque Police Department for an alarming amount of excessive use of force complaints.

Lawyers for the officers argued that the defendants were protecting another officer that had moved in closer to Boyd.

In a shocking revelation months after the incident, dashcam audio seemed to reveal that Boyd’s shooting was premeditated. The audio from two hours before his shooting recorded this conversation between Sandy and another officer, beginning shortly after 14:50 in the video:

Sandy: What do they have you guys doing here?
Ware: I don’t know. The guy asked for state police.
Sandy: Who asked?
Ware: I don’t know.
Sandy: For this f***ing lunatic?  I’m going to shoot him in the penis with a shotgun here in a second.
Ware: You got uh less-lethal?
Sandy: I got…
Ware: The Taser shotgun?
Sandy: Yeah.

“These are two good men,” Sam Bregman, one of the defense lawyers, said after the mistrial was announced. “Let these two good men get on with their lives.”

Special prosecutor Randi McGinn, who was handling the case said that incoming district attorney, Raúl Torrez will now be in charge of deciding whether or not to hold a second trial.