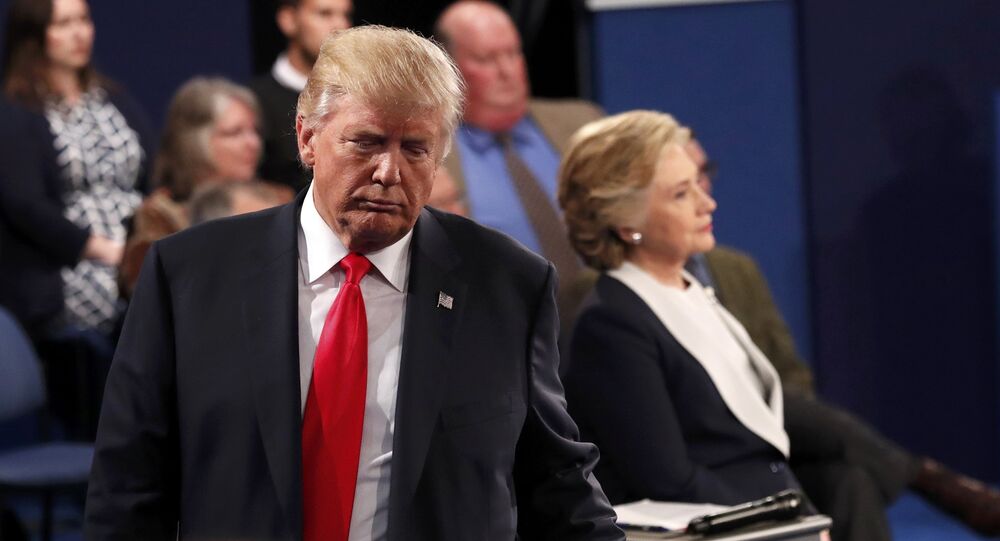 Clinton Comes Out on Top in 2nd US Presidential Debate

Viewers of the US presidential debate leaned toward Clinton, with 47 percent saying that Clinton won compared to 42 percent picking Trump as the winner, according to a post-debate poll.

On Sunday, Clinton and Trump clashed at a town hall-style debate on various issues, including Russia, Syria, terrorism, trading accusations and personal attacks.

Viewers of the debate leaned toward Clinton, with 47 percent saying that Clinton won compared to 42 percent picking Trump as the winner, according to a post-debate poll.

The margin was lower among undecided voters, with 44 percent and 41 percent choosing Clinton and Trump, respectively.

At the same time, the televised debate failed to convince many people to change their mind, with over 90 percent stating that their preferred candidate remained unchanged.

© REUTERS / Chris Bergin
Hillary Clinton Blames Kremlin for Attacks on US Accounts to Influence Elections
Regardless of personal preference, over 50 percent thought that Clinton would win the election, with only 25 percent viewing Trump as more likely to become the next US president.

YouGov questioned a sample of 814 registered voters on October 9.

The first round of debate between Trump and Clinton was held on September 26, with most post-debate polls also indicating a victory for Clinton.