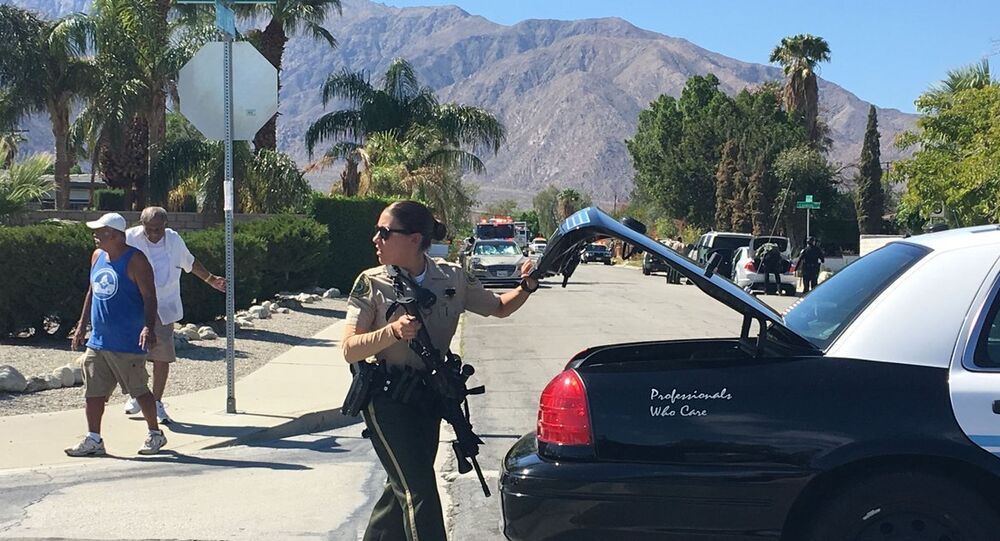 The Palm Springs Police Department confirms that at least three police officers were shot on Saturday and that a manhunt for the active shooter is underway.

​The police have yet to apprehend the culprit responsible for the shooting with a manhunt ongoing hours after the horrific shooting.

​Witnesses said that they heard as many as 20 gunshots from what sounded like machine guns at approximately 2:00 PM Pacific Time. Palm Spring and San Jacinto police rushed to scene along with the fire department, EMS and SWAT trucks in an attempt to contain the situation and to provided life-saving aide to the officers.

​One of the witnesses, Gerardo Barrera told the local newspaper The Desert Sun that "I saw a person on the ground. Someone kept pumping her chest but she wasn't moving."

"It sounded like fireworks at first," said another witness Juan Garciano. "I came out of the house and saw police start to block the roads."

​Police Sargent Hutchinson said that the officers were shot after responding to a "family disturbance" call and that the shooter remains on the loose.

It is unknown at this time what the motives of the shooter was or whether the cops were the intended target of the shooting, but the nature of the weapon (machine gun) and the number of officers wounded suggests that there was a direct intention to wound or kill the police officers on the scene.

According to one of the witnesses the shooter's father said that his son wanted to kill police officers.

The suspect responsible for the shooting appears to be barricaded in a house with police and SWAT units responding to a residence in response to the deadly shooting incident.