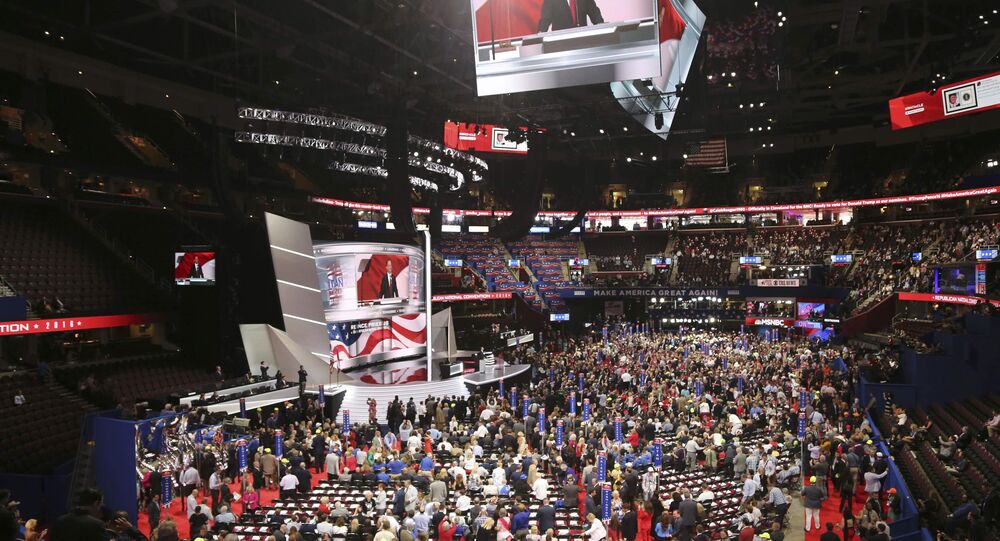 Chairman of the Republican National Committee slammed presidential candidate Donald Trump’s comments about women, made in 2005 and revealed on Friday, as unacceptable.

© AP Photo / Patrick Semansky
‘Grab Them By The P***y,’: Trump's Lewd Comments About Women Caught on Tape
WASHINGTON (Sputnik) – "No woman should ever be described in these terms or talked about in this manner. Ever," Reince Priebus said as quoted by Politico on Friday.

Earlier in the day, a 2005 video recording was circulated by US media in which Donald Trump is speaking to Billy Bush of "Access Hollywood" on a bus that took them to the set of "Days of Our Lives." Trump makes several vulgar remarks with regard to women while on the bus, as caught on microphone, although the video only shows the moving bus from the outside.

Later, Trump is seen exiting the bus with Bush and greeting Arianne Zucker, the actress who then goes with them to the soap-opera set.

Trump apologized on Friday for any offense his private conversation with Billy Bush might have caused.

Paul Ryan to Further Prostrate Himself Before Trump