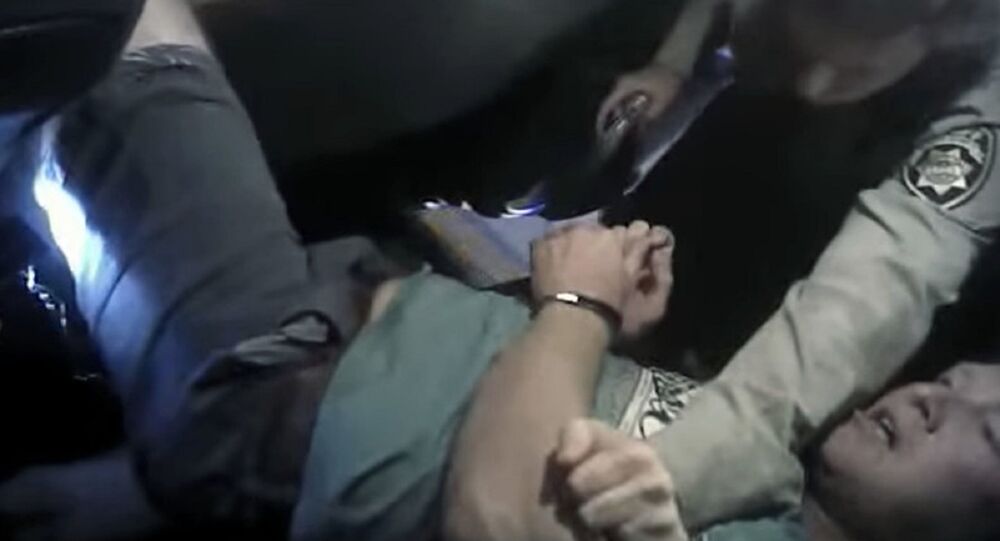 © CC BY-SA 2.0 / Dr Bob Hall / Chicago Loop
Taser Killing Video Reveals Chicago Police Lack of Accountability - Advocacy Group
On Monday, the district attorney announced the conclusion of their investigation, as well as their decision not to file charges, over the death of Chase Sherman.

"The death of Chase Sherman, while tragic in nature, is not a criminal matter and, therefore, will not be prosecuted further under state law," District Attorney Peter Skandalakis said in a statement.

The video of the incident is public, and is extremely disturbing to watch.

Sherman was returning home with his parents and his fiancee from his brother’s wedding in the Dominican Republic last fall when he began hallucinating from synthetic marijuana he had consumed days before. As his family made the road trip through Georgia and into Florida, he bit his fiancee and attempted to jump out of the vehicle.

Concerned about his erratic behavior, the family pulled the vehicle over and called the police for help in calming him down.

Within a half an hour, Sherman would be dead, after being tased 15 times by two deputies in the back seat of the car.

"I'm dead. I'm dead!" Sherman is heard saying as he was held, handcuffed and face down, on the floor of the vehicle. "I said I quit. I quit!" Sherman said as they continued to tase him.

“Get him out, he ain’t f*cking breathing,” an officer is heard saying before they yanked him from the vehicle.

“How can they do this when they know someone is having a breakdown?” L. Chris Stewart, a lawyer for the Sherman family, said to the New York Times. “Once they started shocking him, how can someone comply when they’re being electrocuted over and over again?”

Each trigger pull of a police-issue taser fires 50,000 volts of electricity. The American Heart Association has been outspoken on the abuse of tasers and potential for them to be fatal.

“An autopsy determined Sherman died from a combination of factors, including the altercation, Tasers and EMT’s compression on his chest, which increased his heart rate and increased his need for oxygen, causing him to asphyxiate. Drugs were not detected, according to investigators,” local station WSCO TV reported.

A Stanford study on taser use by law enforcement recommends that their use be limited to circumstances in which the lethal force would be permitted, which many argue was not the case for Sherman.

The Sherman family has stated that they are “profoundly disappointed” with the district attorney’s decision and will be filing a multi-million dollar lawsuit against all parties responsible, as well as seeking a federal investigation.

MMA Fighter Tased by Cops After Asking for Their IDs (VIDEO)