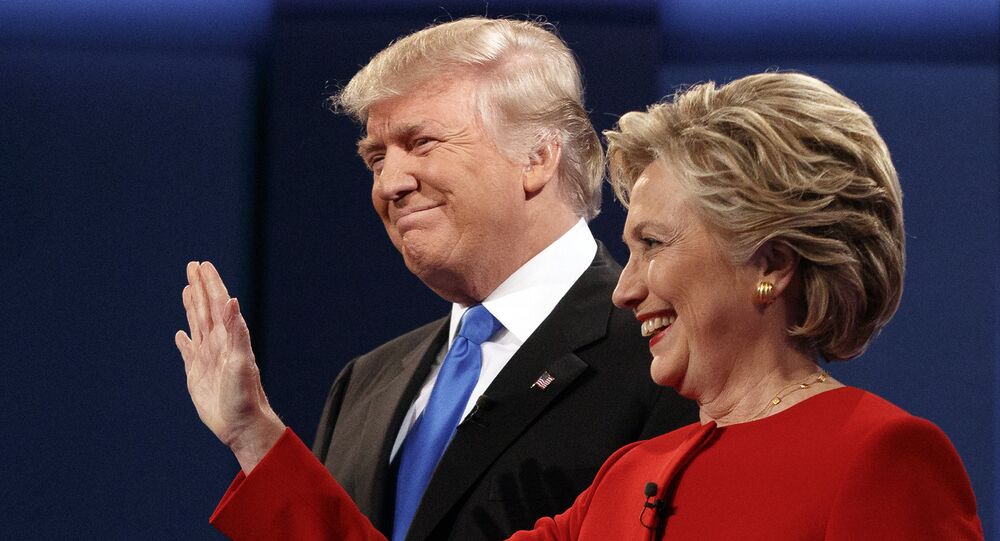 Donald Trump has repeatedly made offensive comments with regard to Central and South America, including a pledge to build an "impenetrable, tall, powerful and beautiful" wall on the border with Mexico and a claim that immigrants from the region brought crime into the US. But is Hillary's record better when it comes to America's southern neighbors?

Guzman Castro, a Ph.D. student in International Relations at University of Pennsylvania, told Sputnik that both presidential candidates have been off to a rough start when it comes to fostering ties with Latin America.

"The best that could happen to Latin America is if the next US president pays no attention to the region," he said. "Hillary's record with regard to Latin America, like Trump's rhetoric bodes ill" for the region.

The analyst from Uruguay pointed out that Trump's actual policies remain unclear.

"The only thing that we can say at the moment is that he has built his campaign around showmanship. His actual policies remain unclear. It is extremely hard to say which of his proposals will be implemented if he wins," he said.

Castro noted that regardless of what Trump promises to do if he gets elected he will be bound by bureaucracy.

© Flickr / DVIDSHUB
'Dangerous Precedent': Pentagon Now at the Helm of American Foreign Policy
"There is no question that under current circumstances if Trump decides to carry out a policy that will be favorable to Latin America, this will either be an accident or inertia," he added.

This is not to say that Hillary Clinton is necessarily a better choice when it comes to Washington's relations with its southern neighbors. In fact, the expert seems to have major reservations about the Democratic presidential hopeful.

"When Clinton served as the US secretary of state, direct and overt meddling in the affairs of Latin America flourished. Mexico is a prime case in point of this meddling under the guise of the war on drugs. Attempts were made to meddle in the Venezuelan economy, as well as to destabilize political and social spheres [of the country]," the Uruguayan scholar said.

© Flickr / US Air Force
Not Funny: Clinton Denies Allegations of Joking About Drone Bombing Assange
The analyst added that it was Hillary Clinton, who welcomed the 2009 coup d'etat in Honduras. He noted that the putsch destabilized the country and ushered in a dark era that has seen human rights activists and environmentalists murdered.

Castro said that there was a "contradiction" between Washington's "imperial policy" towards Latin American countries at the time when Hillary Clinton served as the US secretary of state and the fact that Hispanics in the US largely support her candidacy. This could be partly explained by the fact that Hispanics have traditionally voted for the Democrats.

"This is why Hillary Clinton will most likely receive more of their votes than Donald Trump," he said. "It should also be noted that support of a minority group at home does not have much to do with foreign policy."

Donald Trump a Role Model? US Senator Regrets Her Answer