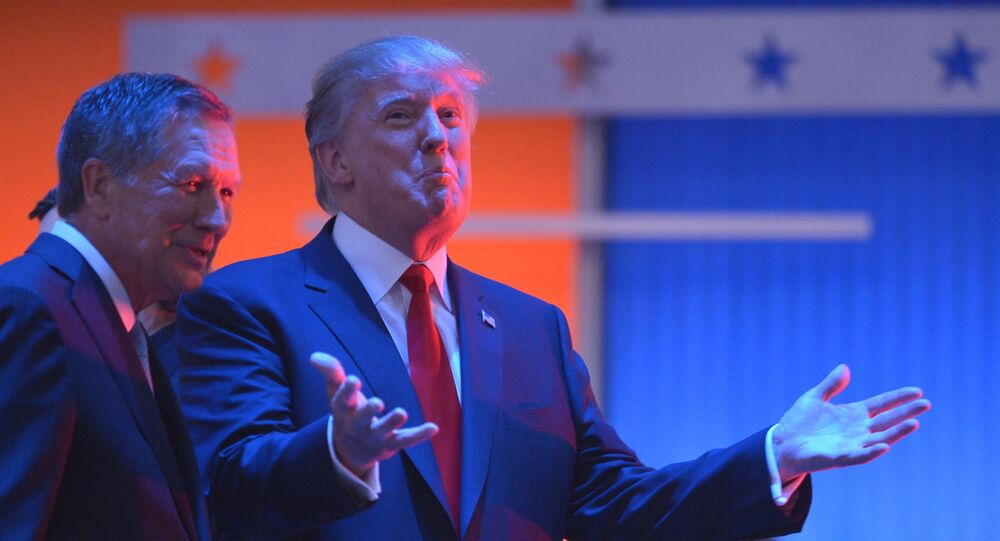 Anyone looking for "potentially violated US sanctions law" on their Trump controversy bingo card, get out your pens.

It’s been a bad week for the Republican presidential candidate. His performance in the first presidential debate was widely considered to be a failure, and it’s been downhill from there, with revelations about the billionaire’s shady tax history and his charity facing a cease-and-desist order in relation to improper fundraising permits.

This week, he doesn’t appear to be going any better. On Monday, the International Consortium of Investigative Journalists (ICIJ) released a report that appears to show that Trump did business with an Iranian bank that the US government accused of being linked to terrorist organizations and Tehran’s nuclear program.

The accusations relate to Bank Melli, which allegedly paid over $500,000 in annual rent for an office in the GM Building in New York City until 2003.

While the bank was already a tenant when Trump acquired the building in 1998, the ICIJ report indicates that the real estate mogul continued to renew the bank’s lease for another five years.

It’s unclear whether this arrangement was illegal, and the ICIJ notes that it may have been difficult for the Trump Organization to evict Bank Melli if the payments were licensed.

Still, Trump has heavily criticized Iran for decades, especially on the campaign trail this election season.

"It’s a pretty hypocritical position to take," said Richard Nephew, a former US State Department official, according to Raw Story.

"It suggests that his principles are pretty flexible when it comes to him getting paid."

According to George Ross, executive vice-president of the Trump Organization, the company was not aware that Bank Melli had been a client.

"We had any number of tenants in the GM Building," Ross told the ICIJ. "They might have been in there, but I have no knowledge of them."

Nephew didn’t buy this argument, however.

"Should someone in America have known better than to do business with Iran?" he said. "Yeah."

Still, in broad world of Trump controversies, this one may make less of an impact than it would have had on a more traditional presidential candidate. The Trump campaign is busy spinning

Trump’s tax avoidance as “genius,” and are also faced with new allegations that the billionaire sexually harassed crewmembers on his reality show by comparing them with his daughter, Ivanka.

Earlier today, the candidate suggested that veterans who commit suicide aren’t "strong" and "can’t handle it."